Help Terry and his friends.

Femme Fatale, Pirate
B. Jenet, real name Jenet Behrn, is a heroine from both Garou: Mark of the Wolves and The King of Fighters series. She was voted as the third favorite character during her debut.

A cheerful girl, Jenet is also very ambitious when it comes to money. Although being the daughter of a very wealthy family, she prefers to steal rather than ask her parents for money. She is a party girl and is very comfortable around men, since her relationship with her Lillien Knights is of pure dominance.

Garou: Mark of The Wolves

Jenet is the leader of a group of pirates known as the Lillien Knights. Jenet entered the tournament hosted by Kain R. Heinlein to rob him of anything valuable he might be keeping in his mansion. In her ending, she passes out amidst the destruction of Kain's mansion after defeating him. Her crew saves her from being trapped under the rubble, but fails to secure any of the treasure they had been looking for.

In her debut, she is the one who called for Tizoc and Gato to form a team, though she is mostly in the tournament for monetary gain. King informs Mai Shiranui and Yuri Sakazaki that Jenet has plans to also enter the KOF XIII tournament, but ends up as an audience with Tizoc, Malin, Bao and Momoko.

In KOF: Maximum Impact 2, her parents are revealed to be incredibly wealthy; she formed the Lillien Knights when she became bored of her tedious lifestyle. Before the start of the tournament, she attends a party in her otherwise occupied parents' place. While there, the son of the host attempts (and fails quite miserably) to impress her with his paltry skills in Savate. Although Jenet is rather repulsed by his arrogance and embarrassing lack of skill, she learns from him that The King of Fighters tournament is being held once again. After her Lillien Knights knock the man unconscious and rob his father, Jenet decides to join the tournament in hopes of winning the prize money. 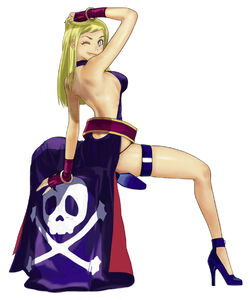 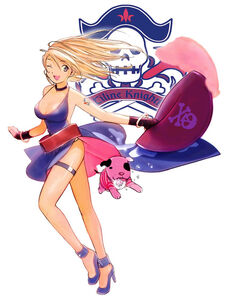 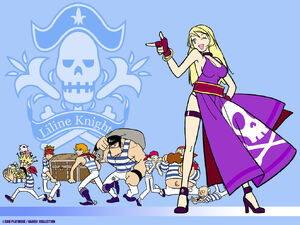 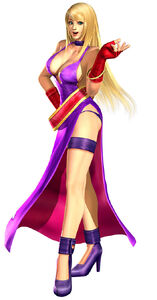 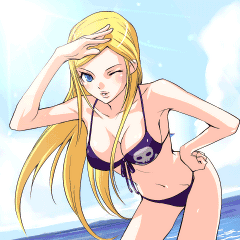 B. Jenet in Days of Memories
Add a photo to this gallery

Retrieved from "https://hero.fandom.com/wiki/Bonne_Jenet?oldid=2089470"
Community content is available under CC-BY-SA unless otherwise noted.