Having fun, hanging out with Yogi Bear and trying to keep him out of trouble

To keep Yogi out of trouble

Boo-Boo Bear is the deuteragonist of the Yogi Bear animated series and Yogi Bear's best friend and sidekick. Boo-Boo is a naive and mischievous bear who tries (usually unsuccessfully) to keep Yogi from doing things he should not do, and also to keep Yogi from getting into trouble with Ranger Smith.

He was voiced by the late Don Messick, Jeff Bergman and Eric Bauza. In the live action film, he is voiced by Justin Timberlake who also voiced Arthur Pendragon and Branch. In 2021 of the Jellystone series, he was voiced by C. H. Greenblatt.

Boo-Boo would often be by Yogi's side, as Yogi's sidekick, He was originally from The Huckleberry Hound Show But as soon as Yogi got more popular then Huckleberry, he got his own TV Show, he remained as Yogi's permanent sidekick in each episode, in Laff-a-Lympics, in Yogi's Treasure Hunt, Though Out each movie and cartoon, with the exception being Yogi's Space Race. Where he was replaced by Scare Bear For unknown reasons. Often he would say "But Yogi, Mr. Ranger isn't gonna like this," or some variation.

It is not readily apparent whether Boo-Boo is a juvenile bear with a precocious intellect or simply an adult bear who is short of stature.

However, in the episode "Cub Scout Boo-Boo", Yogi tries to persuade Boo-Boo to become a Boy Scout.

In Yogi Bear live-action/CGI film, Boo-Boo is a major character. 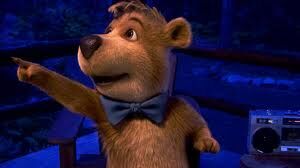 Boo-Boo, as he appears in the live-action movie 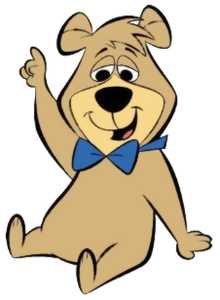 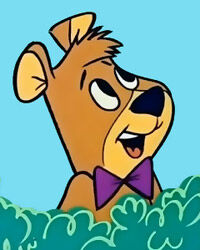 Boo-Boo in Yo Yogi. 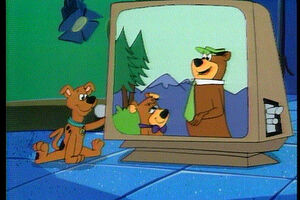 Scooby watching a Yogi Bear cartoon with Boo-Boo Bear in it. 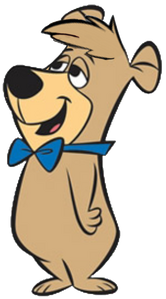 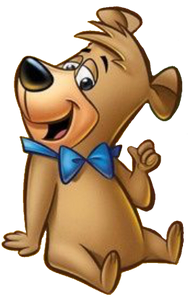 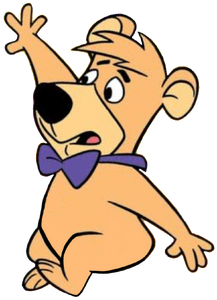 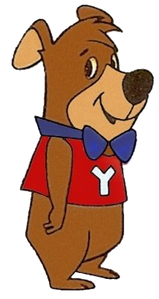 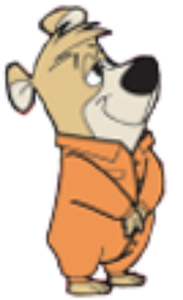 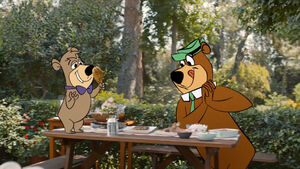