Performer (formerly)
Protector of the woods

In the first installment of the Open Season series, Boog lives in an ordinary life in the town of Timberline with his owner Ranger Beth, who is a park ranger and has raised Boog ever since he was little. When he encounters Elliot, he develops a dislike of him, but at the film's ending, they become best friends. Boog accidentally scares off his fans after chasing Elliot and is taken alongside the deer to the top of the falls, to protect Boog from hunters and the villainous hunter Shaw. Boog shows an immediate dislike to the woods, and almost leaves after realizing Elliot lied about knowing the way back to Timberline, but decides to return and help the animals defeat the hunters and Shaw. When Beth returns in a helicopter to pick up Boog, she sees he has made new friends and decides to keep him in the forest.

Boog is a huge brown grizzly bear with a light brown face and belly.

Boog is a happy-go-lucky, 900-pound grizzly bear. However, he can get a bit irratated right away. In the first film, Elliot served as a foil for him, although at the end, they have became partners in time. 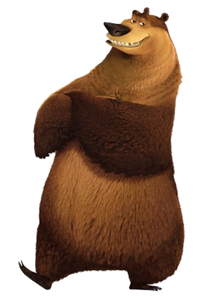 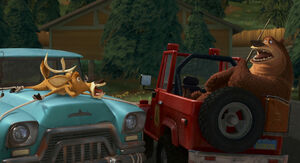 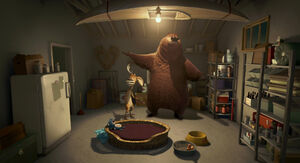 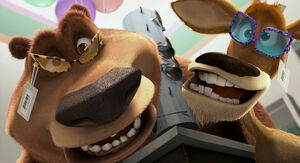 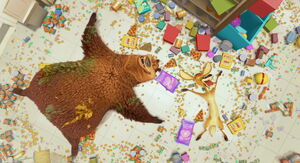 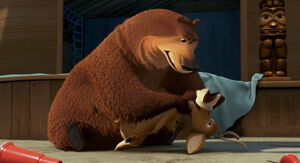 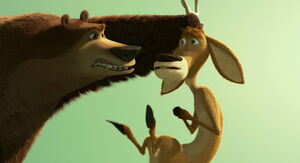 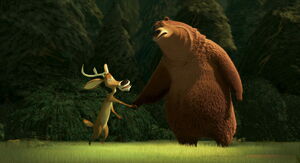 Boog reluctantly agrees to have Elliot lead him home. 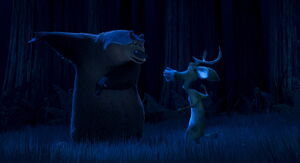 "Behold! The mighty grizzly! I look like a bear, I talk like a bear. But I can't fish, I can't climb a tree. I can't even go out in the woods!" 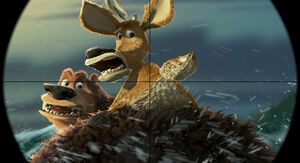 Boog and Elliot pursued by Shaw as the beaver dam breaks and floods the whole forest. 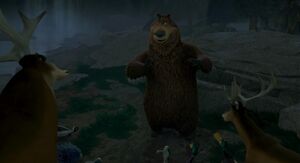 Boog accidentally driving all of forest animals to the hunting grounds. 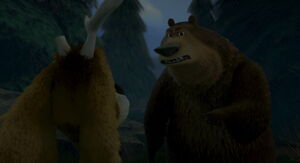 Boog accusing Elliot for lying to him and driving everyone else to the hunting grounds. 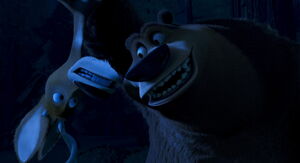 "I already saved ya once. That makes me responsible...for you." 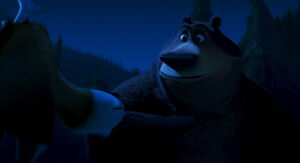 "When I'm a bear-skin rug, they could walk all over me." 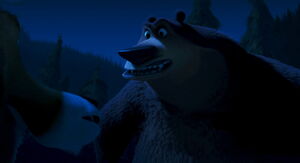 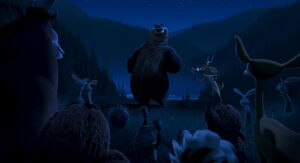 Boog and the other animals come with a plan to fight back against the hunters. 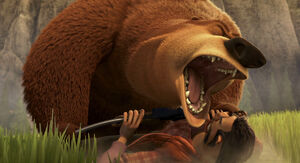 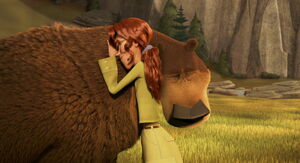 Boog chooses to stay in the woods. 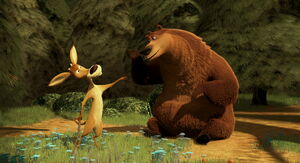 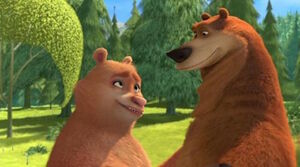 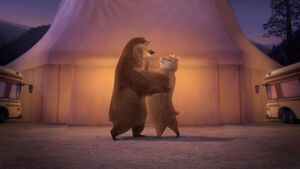