Being with his friends and family.

Help Banjo and Kazooie on their adventures.

Supporting Mentor
Bottles is a supporting character in the Banjo-Kazooie series. He is also the brother of Jamjars.

In Banjo-Kazooie, Bottles witnesses Tooty being kidnap by the witch Gruntilda and assist Banjo and Kazooie their quest to rescue her. Bottles will teach the heroes various moves throughout the game if they can find his molehills hidden in worlds they visit.

In Banjo-Tooie, Bottles is killed by a spell Gruntilda used to destroy Banjo's house. His spirit can be found flying over his corpse lamenting over the situation. Bottle can still remind Banjo and Kazooie about their moves from the previous game if they interact with his molehills in Spiral Mountain, but his brother Jamjars will teach them new moves to use in his stead. Bottles is eventually resurrected by the bear and bird and returns to his home in Jinjo Village.

An evil version of Bottles known as Devil Bottles originally would have tried to hinder Banjo and Kazooie's progress, but the character was cut in the game's final release. Despite this, his speaking icon can still appear during Gruntilda's Tower of Tragedy quiz.

In Banjo-Kazooie: Nuts & Bolts, Bottles has become a tour guide at Showdown Town after his family has left him due to the trauma of his demise and resurrection. He also has hosting roles in Nutty Acres, LOGBOX 720, Banjoland, and Jiggoseum. 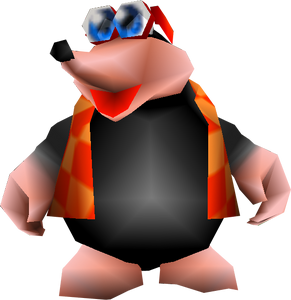 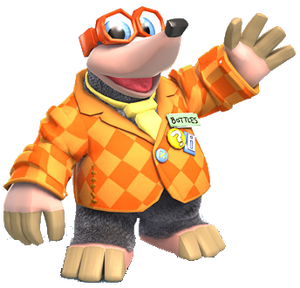 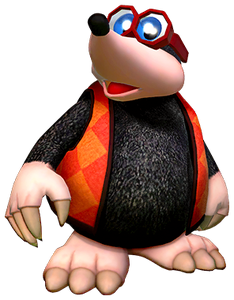