Bradley "Brad" Carbunkle is one of the main protagonists in My Life as a Teenage Robot. He is Jenny's best friend and next door neighbor, and he is also Tuck's older brother.

Brad is known to be very adventurous, and enjoys tagging along when Jenny fights crime. He is also known to be a ladies man and he tries to get other girls to like him, however, many of the girls he tries to talk to deject him. Brad dislikes being on the sidelines. Brad is also observed on many occasions as being stubborn. In Unlicensed Flying Object, Brad portrays his more stubborn side of his personality by disregarding his safety having been told not to interfere with anything dangerous. He also has been observed as being slow or unperceptive, which sometimes annoys Jenny. 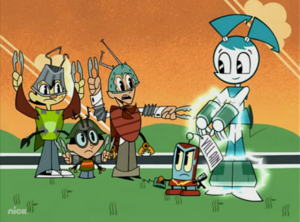 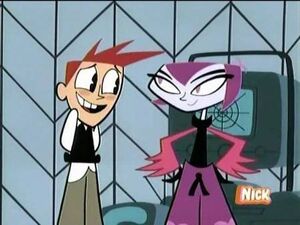