On July 24, 1998, the S.T.A.R.S. Alpha team was sent into the Arklay Mountains to investigate the disappearance of S.T.A.R.S. Bravo team, who lost radio contact with the police the following night. Landing near Bravo team's abandoned helicopter, Brad abandoned his teammates in the middle of the Raccoon Forest once he witnessed the death of fellow S.T.A.R.S. member Joseph Frost.

Afterwards, he made multiple attempts to re-establish contact with his S.T.A.R.S. teammates while flying around the Arklay Mountains. However, he was unable to receive any messages from the radio used by the survivors. He later helped them destroy the Tyrant (T-002 Model) by dropping a Rocket Launcher from the chopper, and then rescued Chris, Jill, Rebecca and Barry moments before the Spencer Mansion exploded.

Shortly after the incident, in response to pressure from Umbrella, Police Chief Brian Irons had S.T.A.R.S. disbanded. Fearing for his job, Brad sided with his employer over the decision.

During the Raccoon City Destruction Incident, Brad was spotted by "the pursuer" and had been on the run for days throughout the city. He eventually got infected with the t-Virus after being bitten by zombies he encountered earlier on September 28. Eventually, Jill caught up with Brad at Bar Jack, who was fighting a zombie and bitten in the process. He then warned her of the presence of a monster in the city, and its hunt for S.T.A.R.S. members.

Later, he arrived at the police precinct and encountered Jill once again at the front gates. Unfortunately, just when he was about to tell Jill something, he was cornered and killed by Nemesis, which had been pursuing him for days. Minutes later, he awakened and had been fully reanimated as a zombie, as his corpse mysteriously disappeared after Jill prepared to leave the RPD.

On September 29, the following day, a zombified Brad was spotted by Claire Redfield who, while making her way to the police station blew his head off, finally putting him to rest.

A zombified Brad in Resident Evil 2. 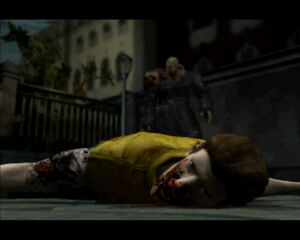 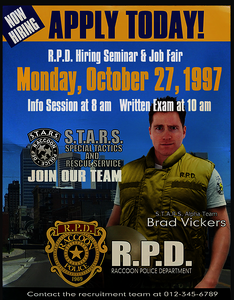 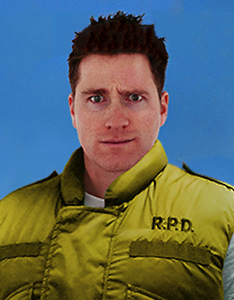 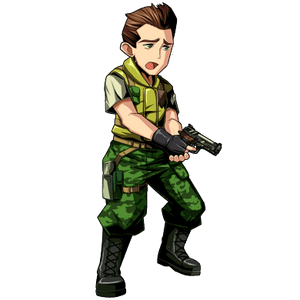 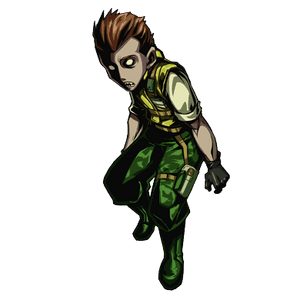 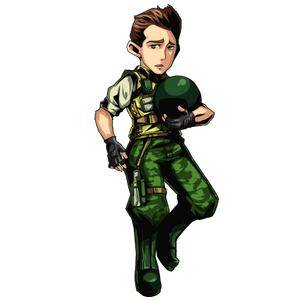 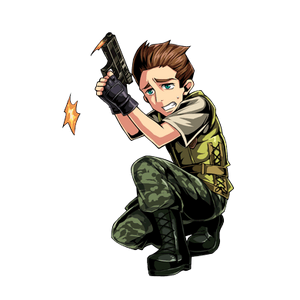 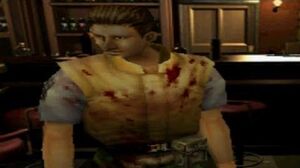 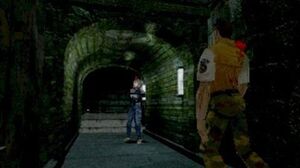