No information
Bradley Biggle (also known as Gok'Zarah) is a boy in the fourth grade class of South Park Elementary.

Despite being only a background character for the majority of the series, Bradley begins to show his true colours by joining the vigilante team known as "The Coon and Friends". He becomes a superhero known as "Mintberry Crunch" whose powers apparently lie in his minty-berry flavour which packs a hearty crunch. Cartman/The Coon rips on him constantly for this.

After Cartman teams up with Cthulhu and goes on a rampage. The Coon and Friends go after him, but are sent to Ry'leh by Cthulhu. Mintberry Crunch evades capture and later teams up with Mysterion, who had managed to escape. As Mysterion challenges Cthulhu, a message from beyond the stars. The messenger (an obvious parody of Jor-El) claims to be the long-dead father of Gok'Zarah, the one with the power of mint and berries. Realising his destiny, Mintberry Crunch finally proves himself by defeating Cthulhu and saving everyone.

Bradley also appears in the game South Park: The Fractured but Whole in the "Bring the Crunch" DLC . 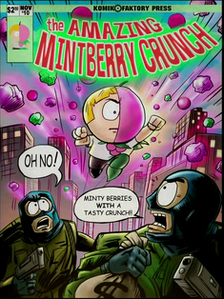 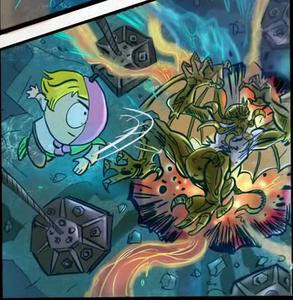 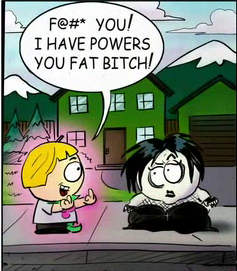 Mintberry Crunch flips off his sister.
Add a photo to this gallery
Retrieved from "https://hero.fandom.com/wiki/Bradley_Biggle?oldid=2139429"
Community content is available under CC-BY-SA unless otherwise noted.