Brain is one of the main characters in the show Top Cat.

He is voiced by Leo De Lyon in the series and Jason Harris in the movie.

He is a orange cat with slightly droopy eyes, wearing a purple shirt with a black line at the bottom.

Contrary go his name to be "Brain"' he is the dimwitted member of the alley cats. He is unable to keeps secret due to his stuttering. He is also managing the team's money. He does say something brilliant or smart and Top Cat can rephrase it to make it sound like it.

He appears to be a common assistant to Top Cat. He also seems to be in charge of Top Cat and his henchmen's money (which they rarely have), and he runs up and down the road. Despite his apparent stupidity, Top Cat can sometimes say something brilliant, which is instantly rephrase by Top Cat to make it sounding like he said it. 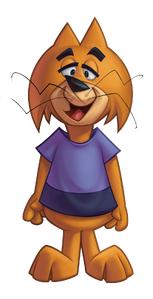 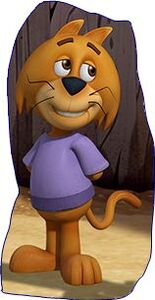 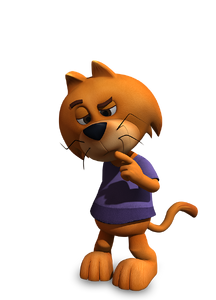 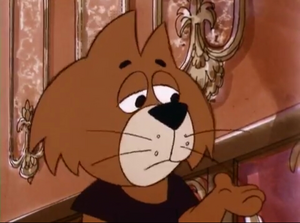