Leader of The Dog Star Patrol

Protect the Galaxy from evil-doers

Animal superhero
Brainy Barker is a second deuteragonist in the "Krypto the Superdog" series. Brainy Barker has the ability to read minds and create psychic images with her mind.

She is voiced by Ellen Kennedy also voices Cappy and Mane-iac.

She is an Afghan Hound and is the head of the Dog Star Patrol (DSP).

Her personality is known to be kind and warm to her friends, but fierce, stern and angry with enemies and misbehavior.

She's usually seen sitting on a pink floating cushion or at the Control Hatch.

Barker was an alien superhero dog and a possible resident of Colu as well as possessing a possible connection to Superman's arch-enemy Brainiac. Eventually, Barker became Brainy Barker, a leader and member of the Dog Star Patrol. 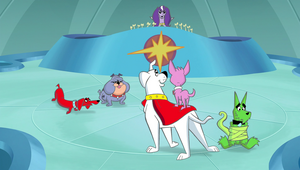 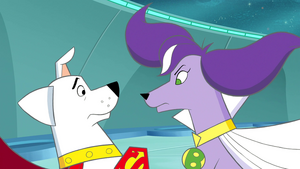 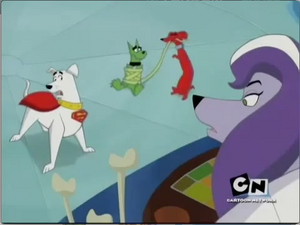 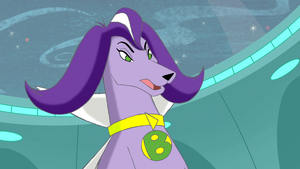 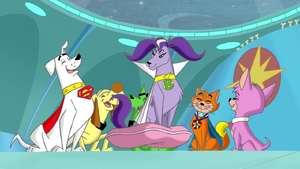 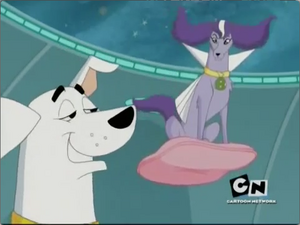