Heroes Wiki
Register
Don't have an account?
Sign In
Advertisement
in: Article stubs, Male, Game of Thrones Heroes,
and 19 more

Brandon Stark, simply known as Bran, is one of the main protagonists of the novel series, A Song of Ice and Fire, and its television adaption, Game of Thrones. He is the second youngest of the Stark children and the very first POV character in the series.

Originally having been a curious and wandering adventure-seeker, Bran's life changes after he becomes crippled following being pushed from a high tower by Jaime Lannister after he spies on him and Cersei while he is climbing. Following this, he discovers that he is a warg, someone who could enter the body of an animal or person, and a greenseer, someone who could see the past, present and future in dreams known as Green Dreams. Upon discovering this, he embarks on a journey with his stableboy and giant friend, Hodor, and his two friends, Meera and Jojen Reed, to find Brynden "Bloodraven" Rivers, one of the Great Bastards of Aegon V and the last greenseer who is known as the three-eyed crow, and to evolve his abilities and become a greenseer himself.

In the books and show, Bran was originally a curious and wandering child who liked to go adventuring. He was shown to be quite naive and innocent. He was also shown to be quite brave for his age, as he would climb the highest towers in Winterfell without falling, going as far as to sleeping on one of the towers in order to hide from his parents.

After he becomes crippled when Jaime Lannister pushes him from a tower, Bran's personality changed. While he was still curious about the world, he became melancholy over having lost his ability to walk. 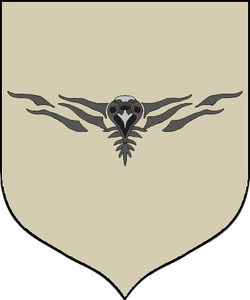