Braveheart Lion is the courageous lion from Care Bears and one of the cousins from the forest of feelings.

He is an orange lion with a thick mane and his belly badge is a red heart with a small gold crown on top.

Like Tenderheart Bear, he is the de facto leader of the Care Cousins.

Boisterous, loud, and overbearing, Brave Heart Lion exemplifies his namesake in every way... most of the time. Despite an occasional fear of the dark, he is usually the first member of the Care Bear Family to dive head-first into any situation, accompanied by his trademark "Chaaaarrrgge!" Reckless to a fault, he would always prefer the straight-forward approach to any kind of subtle strategy, but when the going gets tough, his powerful roar can call friends to his side and give any dire situation a fighting chance. 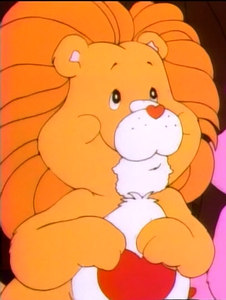 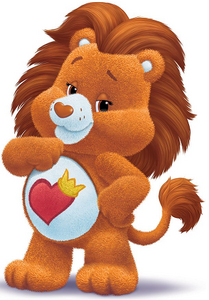 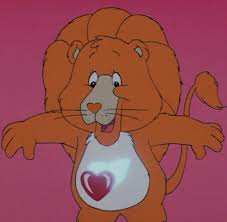 Braveheart Lion from The Care Bears Movie receiving his very own tummy symbol.
Add a photo to this gallery

Retrieved from "https://hero.fandom.com/wiki/Braveheart_Lion?oldid=1698199"
Community content is available under CC-BY-SA unless otherwise noted.