Heroes Wiki
Register
Don't have an account?
Sign In
Advertisement
in: Articles under construction, Mature, Female,
and 29 more

?
Brenda Bunson is the deuteragonist of the 2016 adult animated comedy Sausage Party and the love interest of Frank.

She is voiced by Kristen Wiig who also played Ruffnut Thorston, Lucy Wilde and Lola Bunny. In Japanese dub from the movie, she is voiced by Mie Sonozaki.

As with other groceries in supermarket called "Shopwells", Brenda grew to embrace the supermarket's religion about "The Great Beyond", a promised land where all food gained happier life. Through this belief systems, she believes human shoppers who entered the shop in the daily basis as Gods, Great Beyond as heavenly place similar with that of Abrahamic Religion's Paradise, Darren as Satan-esque Dark Lord and dumpster as horrible place similar to Hell in Abrahamic Religion.

One day, Frank and Brenda's packs are chosen by a woman named Camille Toh, but little did they knew that they day they were chosen was the very day the truth of all foods' religion comes to the question: When Camille Toh took a paranoid Honey Mustard into her cart, Honey Mustard, who has seen "The Great Beyond" warns all foods around him that the supposed promised land they dreamed of was nothing but lies and hell, a warning that Brenda gave a cold shoulder and dismissed Honey Mustard as paranoid heathen. Before committing suicide, Honey Mustard takes Frank to visit a bottle of liquor named Firewater before attempting suicide by jumping off the cart. Frank attempted to save his life by leaping out of his package to save him, prompt Brenda to do the same to save a slipping Frank, but Frank loses his grip on the honey mustard, who shatters on the ground below.

His death causes a collision and horrific chain reaction that leads to Frank, Brenda, a lavash named Vash, a bagel named Sammy Bagel Jr. and an aggressive Douche to fall out of Camille's cart. Many fallen groceries either injured or killed by the impact and later, crushed by the cart's wheels that also trigger another horrific chain reaction; the mortally wounded Douche had his nozzle badly dents, a sack of potato crushed by wheels that caused its contents flying out and either cleaved or skewered other foods to death, a can of noodle was cracked that his noodle innards spilled out, and worse. This leaves Lavash, Sammy, Frank, and Brenda as sole survivors as the others were swept away by Darren.

With other groceries purchased the four friends and survivors decided to get along with Frank in his quest for Firewater. Just as they found Firewater's lair, Brenda, Lavash, and Sammy was persuaded by Tequila to followed him, unaware that it was a trap. Upon entering a bar where Douche supposedly going to visit them, the lesbian taco named Teresa secretly pulled the gang into hiding when Tequila not looking and warned them about the deception: Everyone in the bar has been blackmailed by a scarred grocery called "El Douche", who is none other than Douche himself. They witnessed Douche killed Tequila by smashed him into bits, drink his liquid from his head, and smashed it onto an unfortunate liquor's groin before threatened everyone.

After forcefully enter other bun's package, Brenda was among groceries who witnessed Frank's poor attempt to reveal the truth behind their religion. While some foods are horrified with this, the other instead calling him out of him, condemned his actions by ignoring him. Just as her package chosen by a shopper, Brenda didn't knew that Barry, who also learned the truth behind the food's religion as much as Frank in the very hard way, reunites with Frank and upon hearing his failed attempt to warn the food, reprimanded him that his said attempt has drove him to act like despicable heathen who viewed others as idiots. So instead, they had to exposed their anthropomorphic nature to humans by exposing them with bath salts-tipped toothpick arrows.

When the plan went underway, Frank managed to prevent the shopper who bought Brenda to took her and other groceries away. Unfortunately, the endeavor made both sausage and bun saved themselves as the shopper, who exposed with bath salts-tipped toothpick arrows, went rabbis and tried to crush him, prompt Brenda to fatally smashed the shopper's head against the floor to save her love, shattered her skull in process. By this point, Brenda realized her errors and apologized to Frank before make up his mistakes.

The presumed death of the shopper made many foods become outraged with what happened. This was the beginning of the worst as when Frank asked the whole supermarket an apology for his mistakes and made an inspiring speech with Brenda's help, Barry's plan went too well: All shoppers who viewed all foods as anthropomorphic beings due to exposure to bath salts become rabid and slaughtered foods they encounter like berserkers, causing all foods finally see the truth but unable to defend themselves.

As chaos fall upon the supermarket, a fat man cornered Brenda, Frank Barry, and Stephen Hawking-esque smart chewed gum named Gum, Lavash and Sammy arrived on time to defend their friends and challenge the man. Barry, Frank, and Brenda used the opportunity to escape as the fat man challenged him. Fortunately for the heroes, the terrified groceries began to instigate counterattack against attacking berserkers, scored a hit by killing the fat man who chased the gang.

As the war took the brand new level with foods had better advantages in numbers and defeated more humans, the gang then focused their attack on Darren, but their situation become worse with Douche's interference, who raped Darren and controlled his body. Frank and company fought against him, but the fight become a curb-stomp battle as Douche nearly killed both Barry and Brenda before uses Darren to grab him and bite him. Brenda was helpless with the sight of her love harmed by Douche whom insanity from consuming many innocent juices and liquor turned him into a monster who so bad that already berserking humans looked pale in comparison.

Fortunately, as Taco lend a hand to help Brenda save Frank, Barry has modified a cart that carry a trash bin by attaching two gas tanks that he launched at Darren. Just as Brenda saved Frank, Douche and Darren was sent to the sky and explodes, destroying them for good.

With the food celebrates the freedom, Brenda and Frank celebrated their victory in an amorous embrace, much to the rest of the gang's disgust. But nevertheless, they also get along and instigate all out infamous **** **** all over the shop!

Brenda was at first a very mean, callous, and offensive woman. She also serves as a satire of Christian fundamentalism: Other than bullying Carl with foul language that no female bun wants to mate with him (which proven false, since 1 bun, Roberta agreed to doing so), Brenda was aggressively defensive of religion and lashed out at any food who disagreed with religion. She valued the beliefs that there is a "Great Beyond" and that the humans are caring gods more than anything else, even if Honey Mustard and Frank realized that these were all just propaganda used to placate the grocery market's food population to contain panic. When Frank found out that "Great Beyond" was religion based on Firewater's attempt to contain panic and try to tell her about it (but done it poorly that made himself like a smart-*** heathen), Brenda indifferently counter respond by demanding Frank accept the religion and when he atatwd that he made his mind and nothing can change it, Brenda callously broke up with him.

Ultimately, Brenda redeems herself when she decides that leaving the supermarket without Frank is wrong, and in the film's climax she sees for herself that Frank never meant to insult her religious beliefs, only awaken her to the truth because he truly loves her. She also realized that while defending the religion is a noble thing to do, her adherence to religious belief that she and other have embraced all this time was too strict that it prevent her from living her life to its fullest. 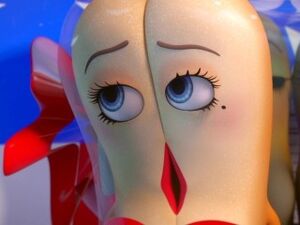 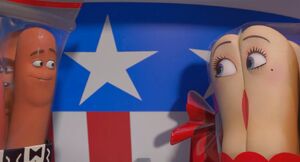 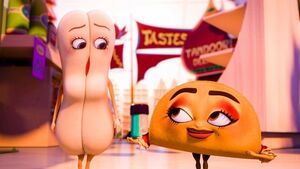 Brenda and Teresa talking until Teresa reveal her feelings to Brenda. 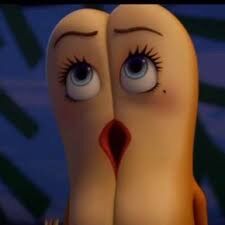 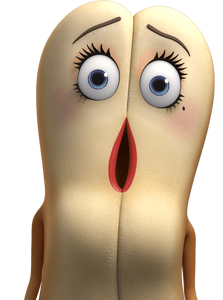