Contestant on The Ridonculous Race

Hanging out with Geoff

Brody is Geoff's best friend and paired with him as The Surfer Dudes and is one of the main protagonists of the Total Drama spin-off Total Drama Presents: The Ridonculous Race.

He was voiced by Scott McCord, who voiced Owen, Trent and Jacques.

Brody is described as an enthusiastic, meat-headed jock. He and Geoff enjoy goofing off and partying. They even intends to make friends in the competition. Despite being the dimwitted guy in the competition, but he always has his friend's back. They could both get done together since together is better than one in this occasion. He is fast and strong with an emotional compass that is bang on.

Brody has a crush on MacArthur, who is aware of his feelings, but does not seem to reciprocate them. However, at the end of the season, she tells Brody to call her. 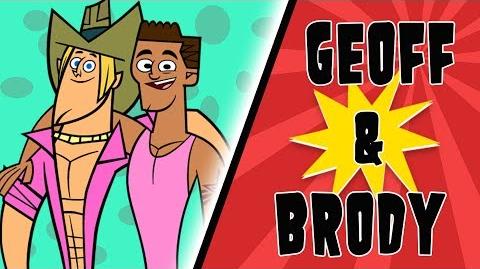