To find his parents' murderer (succeeded)

Bruce Wayne is the deuteragonist in the TV series Gotham, portrayed by David Mazouz.

He is the orphaned son of Thomas and Martha Wayne who is under the care of Alfred Pennyworth. Traumatized by the murder of his parents, Bruce has been doing his part to find the identity of his parent's killer while showing concern of some illegal activities done by members of his father's company. Bruce displays a fervent tendency to train himself as investigator and combatant but is still navigating the remainder of his childhood with Alfred's guidance. In later life, Bruce will go on to fight crime in his adulthood as the Batman.

After the death of his parents, Bruce began to show erratic behavior, such as self-harm, listening to heavy metal, drawing disturbing artwork, refusing to eat, and overall behaving recklessly, doing things such as climbing on top of the roof of the Wayne Mansion, burning himself, and cutting himself, as Alfred says to Jim in season 1. He is very serious, though also kind, caring, selfless, observant, and intelligent. He can sometimes be naive, but despite this, he can easily tell when someone is lying to him or when they are not telling him the entire truth. He shows a great deal of personal strength and maturity for his age. He loved both of his parents very much and becomes angry if anyone speaks ill of them, such as Tommy Elliot, who he physically assaulted after the latter taunted him about his parents' deaths, and disrespected his mother.

Harboring leftover guilt from not doing anything when his parents were murdered, Bruce devoted all of his time and efforts towards finding clues that could be used to discover the identity of the man who killed his parents. Bruce has a strong moral compass to do what is right, showing a huge reprehension against the act of killing, calling the Balloonman a criminal because he did so, and berating Selina Kyle for killing Reggie Payne, and telling her that he'd never cross that line.Though Bruce later decided to kill Matches Malone as he had killed his parents, after realizing that Malone was just a man, Bruce realized that he couldn't murder, nor get revenge on evil.

Bruce is shown to be courageous as he handed himself over to Jerome Valeska to bide Alfred's time to save himself from Jerome's followers and again when he attempted to save a citizen from being killed by Jerome. Bruce has also developed a strong sense of justice from investigating the reasons for the murder of his parents, the corruption in Gotham City, and Wayne Enterprises. Bruce's sense of justice is most notably shown when he takes it upon himself to fight and capture Jerome Valeska after he saw the latter murder innocent civilians.

In season 4, Bruce's personality has not changed as he still retains his sense of justice and stubbornness, especially when it comes to Alfred discouraging him from becoming a vigilante, but recently his mental state has started begun to spiral after avenging his parents and accidentally killing Ra's al Ghul. Indeed, this dark path of his has induced Bruce to become an arrogant playboy and womanizer (because he does not want to come to terms with the fact that he has a dark side) a choice his parents most likely would've been most ashamed of and has even given up on his war on crime.

This dark path of his has caused most of his relationships to be destroyed. Most notably, firing Alfred and threatening to have him arrested when Alfred was trying to stop him from spiraling further. After being poisoned by Ivy, Bruce is able to see how corrupt he has become. He is gradually starting to learn how to accept his dark side within the rest of his personality. Bruce makes amends with Alfred by apologizing for his behavior and resumes his fight for justice as a vigilante.

Bruce was born to Thomas and Martha Wayne and ended up being their only son. When his father was still alive he and Bruce would go for a hike once a year and sit at a campfire.

When leaving the theatre with his parents after seeing a movie, they cut down an alleyway where they ended up being confronted by a masked man branding a gun. The man ordered Bruce's parents to hand over their money and belongings. Despite cooperating, the man shot them both dead and aimed his gun at Bruce. Hesitating, he went off into the night, leaving Bruce to let out a harrowing scream. When the police came to investigate the crime, new detective James Gordon comforted Bruce and promised he would find the man who killed his parents.

Whilst Gordon investigated his parent's murder, Bruce began looking into the corruption at Wayne Enterprises. He was informed by board member Sid that Thomas was aware of the company's corrupt dealings which made Bruce lose faith in his father and wondering how much involvement he had in the dodgy goings-on. However, after briefly interacting with Lucius Fox, Bruce was told that his father was a stoic. Back at Wayne Manor, Bruce and Alfred managed to uncover a secret lair behind the fireplace belonging to Thomas.

Bruce and Alfred gain access to Thomas' secret room, which contained monitors on information centred around the corruption at Wayne Enterprises, as well as a bulletproof vest and bullets, strongly hinting that he was planning on taking the fight against the goings-on in Gotham. To protect Bruce from whatever Thomas was uncovering, Alfred proceeded to destroy the monitor, which led to Bruce firing him in anger. The pair later reconciled, and Alfred hired Lucius to help repair the computer.

During a charity event Bruce was nearly killed by escaped maniac Jerome Valeska, but "rescued" by Theo Galavan. Bruce and Theo befriended each other and Bruce fell for Theo's niece Silver St Cloud, unaware that they were plotting against him. Selina became suspicious of Silver's motivations but ended up being warned away by her.

Theo revealed to Bruce that he had information on who killed Bruce's parents and others tied to the murder, but only agreed to give it up to him on the condition that Bruce signs over Wayne Enterprises. Theo reveals that he is aware of the corruption, and promises to clean it up once he is in charge. Although Bruce is strongly tempted, he later turns down Theo's offer. At that moment James Gordon and the GCPD arrest Theo for his illicit activities over the past several weeks and involvement in kidnapping Mayor Aubrey James, and before Bruce can get his hands on the file Theo throws it into the fire. 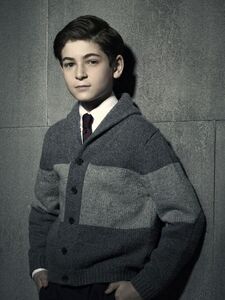 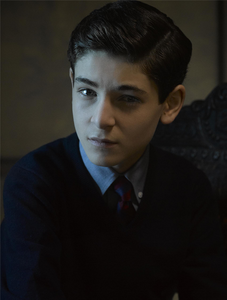 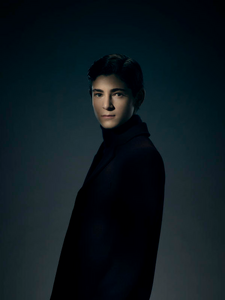 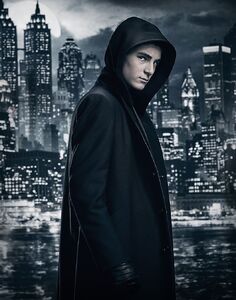 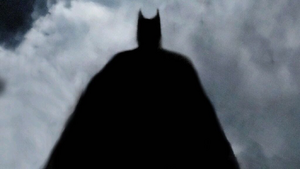 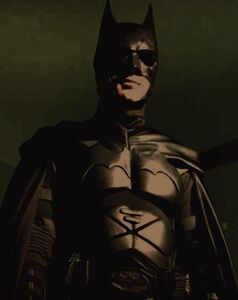 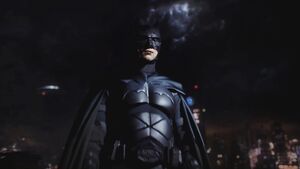 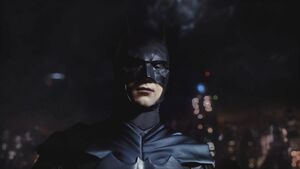