Military Knight
Ser Brynden Tully is the younger brother of Lord Hoster Tully of Riverrun, and the uncle of Catelyn, Lysa, and Edmure Tully. His relations with his brother are bad as Hoster wanted him to marry Bethany Redwyne, but Brynden refused to marry. This led to years of quarrels. Hoster called his brother the Black Goat of the Tully herd. As the Tully sigil is a trout, Brynden said he should be called the Blackfish, and took this as his personal sigil. Normally the Tully sigil is a silver trout, but for Brynden it is a black trout.

Brynden is one of the best-respected Knights in the Seven Kingdoms, winning notability during the War of the Ninepenny Kings on the Stepstones. He became the Knight of the Bloody Gate after his niece Lysa married Jon Arryn, Lord of the Eyrie.

When Catelyn goes to the Eyrie to take Tyrion Lannister for trial, he meets and accompanies her. Later he returns to Riverrun with her, as the Lannisters attacking the Riverlands due to Tyrion Lannister being seized. Robb Stark's forces defeat Ser Jaime Lannister, who has captured Riverrun, at the battle of the Whispering Wood, which Brynden participates in. Robb Stark is proclaimed King in the North and King of the Trident at Riverrun.

Hoster Tully is on his deathbed, and Brynden reconciles with him. He accompanies his great-nephew to the Westerlands, defeating Ser Stafford Lannister's army.

Robb travels to the Twins for the wedding of Edmure Tully to Roslin Frey, one of Lord Walder Frey's daughters. Robb appoints Brynden Warden of the Southern Marches, leaving him at Riverrun, leaving his wife Jeyne Westerling at Riverrun. However the wedding is a trap. Robb, his mother Catelyn, and most of his army are killed by the Freys and his treacherous Bannerman Roose Bolton, and Edmure is captured. For this Walder Frey's second son Emmon Frey, who is married to Tywin Lannisters' sister, is made Lord of Riverrun.

The Blackfish continues to hold Riverrun. Wader Frey's grandson and heir, Ser Ryman Frey, leads the Frey force besieging Riverrun, along with Ser Daven Lannister. He builds a gallows and threatens to hang Edmure each day, however never does as he fears losing a hostage. Jaime Lannister is sent to resolve the siege. He parleys with Brynden, telling him he will be allowed to join the Night's Watch if he surrenders. However Brynden refuses.

Ryman's eldest son Edwyn Frey suggests killing the Blackfish with an arrow smeared with night soil, however others at the siege criticise his dishonour. Jaime tells Edmure if he persuades his uncle to surrender Riverrun he will be treated well. If not, Riverrun and the Tullys will be destroyed. Edmure has Riverrun surrendered but delays long enough for his uncle to escape. Emmon Frey is furious, threatening to take Edmure's head. Edmure admits the portcullis at the Water Gate was raised enough for the Blackfish to pull himself under and that he swam down the Red Fork. Emmon is worried that the Blackfish will try to retake the castle, and is left with a garrison of 200.

Jaime later goes to Raventree Hall and is told by its lord Tytos Blackwood that Brynden has not come here. 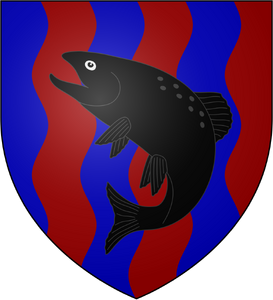 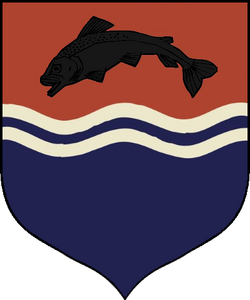