Bu Lianshi, also known as Lady Bu, is a wife of Sun Quan in the Romance of the Three Kingdoms.

Lianshi was originally from Huaiyin, Linhuai. He was a relative of Bu Zhi, an Eastern Chancellor of Wu. During the final years of the Eastern Han Dynasty, she and her mother moved to Lujiang but were forced to travel to Jiangdong after Lujiang was conquered by Lord Sun Ce. Lianshi meet Sun Quan, who was attracted by her beauty, and became her favorite concubine. She gave birth to two daughters of Sun Quan.

When Sun Quan proclaimed himself emperor, he wanted to restore Lianshi as his empress. However, many Sun officers felt that Lady Xu, the adoptive mother of the inheriting prince Sun Deng, should be the empress instead. Sun refused at the request of his subjects, but he did not make Bu his empress either. Although Lianshi was never became an empress throughout his life, the palace assistants would go to her as "empress", while her relationship was referring to her as "Lady Bu."

When Lianshi died, however, he was granted her the posthumous title of Zhuifeng Jing'ai and buried her in a mausoleum at Purple Mountain. Sun Quan dedicated his longing thoughts to her in ink after her death. A rough translation of his written thoughts are listed below. 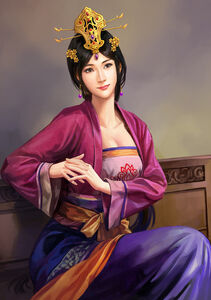 Bu Lianshi in Romance of the Three Kingdoms XII. 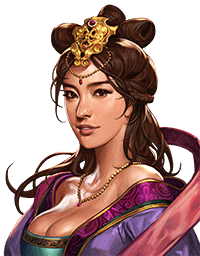 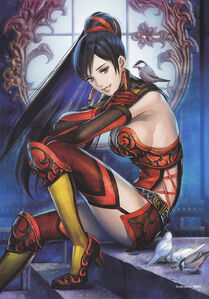 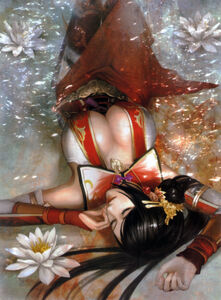 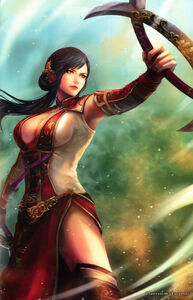 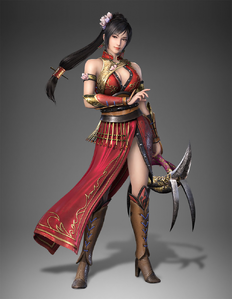 Lianshi in Dynasty Warriors 9.
Add a photo to this gallery

Retrieved from "https://hero.fandom.com/wiki/Bu_Lianshi?oldid=1509392"
Community content is available under CC-BY-SA unless otherwise noted.