Bubbles (named Miyako Goutokuji in the Japanese Version) is part of The Powerpuff Girls Z. She was first encounter by being attacked by Mojo. She turns into Rolling Bubbles and trademark weapon is a bubble wand.

She was voiced by Nami Miyahara in the Japanese version, and by Maryke Hendrikse in the English version.

She is also the ditziest member of the group, who often appears to be a bit clueless, and seems to not completely understand her powers, along with a few things. She is very friendly and polite, but like the other two girls, can too get mad when provoked, and disapproves of crying to get what she wants.

She is popular with many boys at her school, but already has feelings for Takaaki, after saving her from boys when she was much younger. Just in the regular show, she has her innocent and gentle personality, and has a love for animals as well as her doll, Octi. 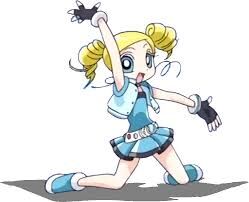 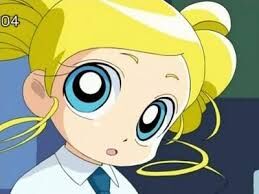 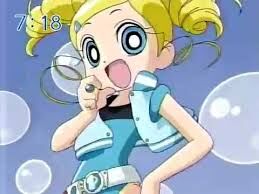 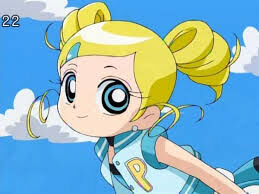 Retrieved from "https://hero.fandom.com/wiki/Bubbles_(PowerPuff_Girls_Z)?oldid=2319522"
Community content is available under CC-BY-SA unless otherwise noted.