Ice Age 3: Dawn Of The Dinosaurs

He is a weasel that lives in an underground dinosaur world when he fell into it, many years ago. He lost one of his eyes in a past encounter to Rudy, but survived and swears revenge.

He is voiced by Simon Pegg in the films, and by James Patrick Stuart in the video game.

When he was younger, Buck fell into the world of dinosaurs and got into trouble within a few seconds. He landed right in front of his nemesis Rudy, who attempted to kill him with a claw but only got his right eye. Buck ran, until he was able to climb up a tree, where he got a leaf and wrapped it around his eye like an eye patch. He was right above the eye of the hurricane, when his enemy Rudy rose above the clouds and swallowed Buck whole to make his grim meal.

Buck was still alive, however. Before he could get swallowed, he grabbed onto Rudy's uvula and launched himself out, as well as punching one of Rudy's teeth out on his way. He then turned it into a knife that he uses in battle and decided to live in the Dinosaur World.

Buck is a small reddish-brown weasel with a long body, tail and short legs. He has a tan stomach with brownish spots on it. His body is long enough to twist around itself and has an overbite, with bottom fang showing. His most known trait is his eye patch made from a leaf. When he had both eyes, they were bright blue.

He is brave, intelligent, mischievous, heroic, nice, positive, good hearted, slick, and protective. He was so flexible that he could use it in any fighting scenario.

Buck is heroic and insane as he helps the gang get back home and retrieve Sid. He seems to have an obsession with catching an albino Baryonyx named "Rudy." 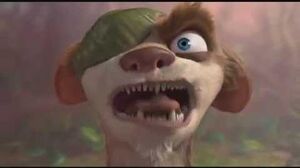 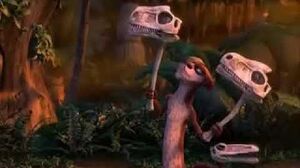 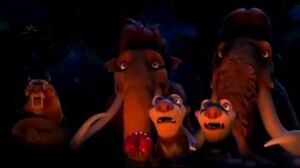 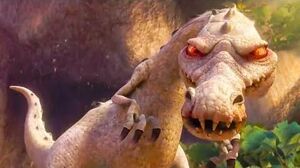 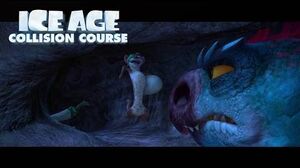 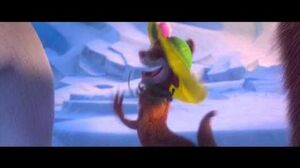 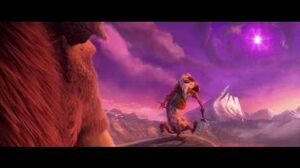