The Detective
The Merboy
The Bug Hunter

Defeating the Mad Pianist and other enemies.

Varies on the episodes.

Cookie
Elmer
Happy the Dog
All of good people.

Buddy is the main cartoon character who appears in the 1930s Looney Tunes series and an one-shot character in Animaniacs. He is Cookie's boyfriend and the older brother-in-law of Elmer, as well as the owner of Happy the Dog. He serves as an replacement of Bosko from the old TV show.

He was voiced by the late Jack Carr and currently by Jim Cummings who also voices Pete, Winnie the Pooh, Tigger and other characters from Disney series and TV Shows.

Buddy makes his first appearence in Buddy's Day Out in which he plays an bigger role along with Cookie and his younger brother-in-law Elmer, as well with his pet dog Happy.

He is described as an young boy who can dress up in different costumes. In Buddy the Detective, Buddy investigates the kidnapping of Cookie sent by an mad pianist who cruely plays piano, but Buddy manages to rescue Cookie and plays the piano to defeat the mad pianist once and for all.

In Buddy the Gee Man which in his final appearence, Buddy becomes an Gee Man and gets hired as an prison guard by his boss. He recruits the criminals and tells them to be nice with other people.

Buddy appears in Animaniacs as an one-shot character which he gets hit by The Warner Siblings with mallets to make his cartoons more entertaining.

He was revealed to be the main antagonist of the Season 1 finale episode The Warner's 65th Anniversary Special.

He makes an cameo in Space Jam. 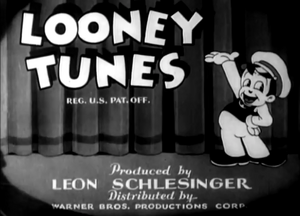 Buddy in the 1935 Looney Tunes ending. 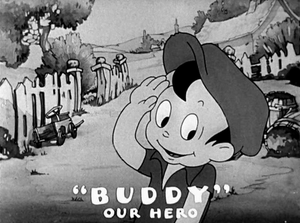 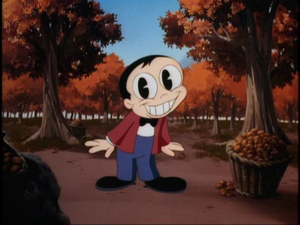 Buddy in The Animaniacs. 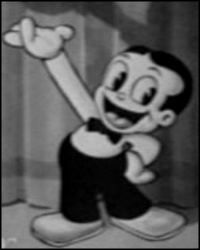 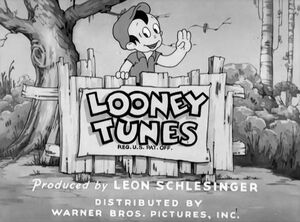 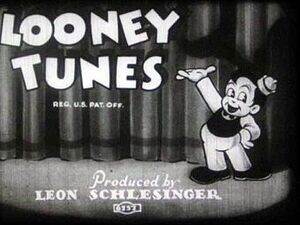