Fun-Loving, Dim-Witted Elf
William "Buddy" Hobbs is the main protagonist of the film Elf. He is born to Walter Hobbs and Susan Wells. Susan gave him up in infancy and later died, never telling Walter that Buddy was born. When Santa visited the orphanage where Buddy was raised, Buddy snuck into Santa's sack. He was discovered back in the North Pole and then raised by Papa Elf. When he was older, he learned about his human blood. Papa Elf told him that his dad worked at a children's book company in a "magical land" called New York City. Buddy finds his father and New York, saves Christmas, and falls in love with a girl named Jovie.

He is played by Will Ferrell who also voiced Ted Shackelford and President Business in The Lego Movie and played The Man Upstairs also in The Lego Movie, Ron Burgundy in Anchorman and its sequel and Brennan Huff in Step Brothers.

Before Will Ferrell was cast as Buddy the elf, Jim Carrey and Chris Farley were considered for the role back in the 90's when the film was in development 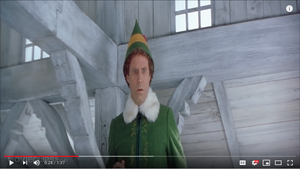 Buddy Hobbs is much different than the other Elves of Santa's Workshop in the North Pole that he is in fact a human being.

Buddy Hobbs' big "NNNOOOOOOOOO!!!!!" When he was shocked that his real father is on Santa's naughty list. 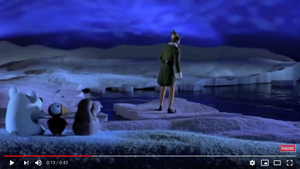 Buddy Hobbs goes off on his journey to find his real long-lost father, Walter Hobbs in New York City and teaches him and the citizens of the true meaning of Christmas.
20181209 213246.jpg
Buddy being harshly disowned by his father Walter as his son for causing Miles Finch to walk out after mistaking him for an elf. 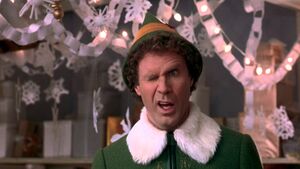 Buddy asking Jovie on a date 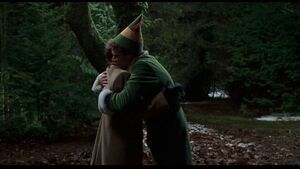 Walter Hobbs reconciles and apologizes to Buddy Hobbs for yelling at him. 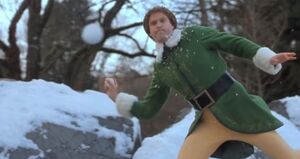 Buddy Hobbs was throwing a snowball