Incompetent law enforcer
Bullwinkle J. Moose, or simply known as Bullwinkle, is one of the two main protagonists of the Rocky and Bullwinkle franchise, the other being his best friend Rocky.

He was voiced by the late Bill Scott, and later he currently voiced by Brad Norman who also voiced Chilly Willy.

Bullwinkle shared a house with his best friend Rocky in the fictional small town of Frostbite Falls, Minnesota, a parody of the real-life American town of International Falls, Minnesota. He is a long time supporter of the Bull Moose Party.

Bullwinkle was noted for being well-meaning, but also quite dim-witted which made a source of jokes during the show's run. Despite this, the so-called "moronic moose" often aided the brains of the "moose and squirrel" duo, Rocky, during this various adventures.

Bullwinkle could remember everything he ever ate. While obscure, this ability came in handy with the "Banana Formula" caper. At times, Bullwinkle has exhibited near-superhuman strength, known as his "mighty moose muscle". 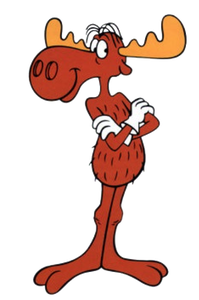 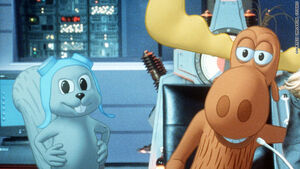 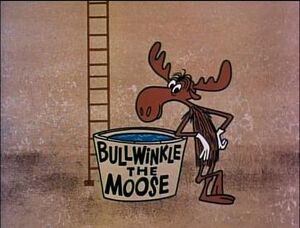 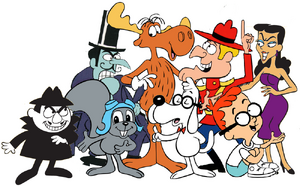 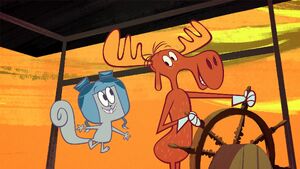 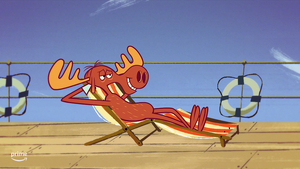 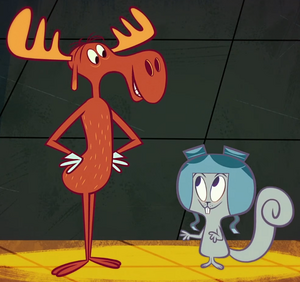