Portect her son Johnny and help him find the right women

Protective Parent
Bunny "Mama" Bravo is Johnny's mother. She has had a lively past and sometimes reveals a surprising hidden talent. The show's original format portrays her as a calm, nurturing woman, but was made into a louder, more extroverted character once the show was retooled. She's very dedicated to her son, but as a result of her awareness of his low intellect and womanizer attitude, does not always treat him and his problems seriously. Bunny hopes that Johnny will find that special someone he's been looking for. She is the deuteragonist of the Johnny Bravo series.

Bunny is mostly referred in the show as "Mama" by Johnny, who pronounces it in an Elvis-esque manner.

Bunny likes a soap opra called "The Young and the Freckless" copied off of "The Young and the Restless". She is friends with Little Suzy and her son Johnny. Bunny always loves him but in one episode she bought a mama robot so she can relax. Later on she destroyed it because Johnny loved the Robot thinking it was mama. Bunny likes to garden a lot. Bunny in one episode turned into a crazy cat lady due to her urge to nurture. Bunny tries to do fun stuff with Johnny but he is only focused on girls. Bunny usually lets anyone walk into her house like Carl, Little Suzy and Donny Osmond. Carl is the son that Bunny wanted or liked. Bunny wished Johnny was more like Carl. In one episode, Johnny wasn't looking and followed a woman that looked like Bunny but Skinnier. Then when Bunny called the cops for a mising child report they got reunited. Then Johnny told Bunny the story and Bunny says (in excitment)"You think I look like her"!? showing that Bunny wants to skinny and the other one said(in question and disgrace)"You think I look like her"? pointing Bunny is fat.

Whenever Johnny went somewhere, Bunny eventually found him. Like when Johnny ran away, she was devistated so Carl took her to the Circus to take Johnny was missing while sitting and waiting. Then, she started to cry, but then 2 seconds later she found a cotton candy guy, got real excited, and bought a cotton candy. Then Johnny came out on a tight rope and Bunny dropped the cotton candy on Carl's head. She ran out their popped her self in a cannon and saved him.

Another example is when Johnny got stranded on an island with a girl who did not like him, Bunny came in a boat and saved him. This just proves how much she loves Johnny. 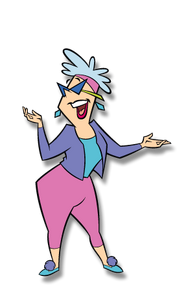 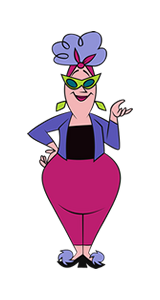 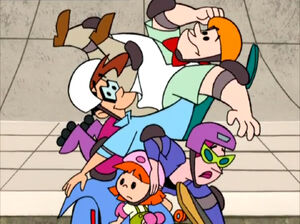 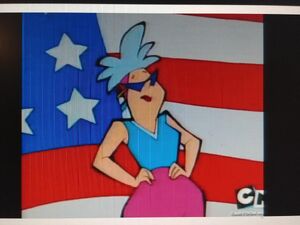 Retrieved from "https://hero.fandom.com/wiki/Bunny_Bravo?oldid=2137392"
Community content is available under CC-BY-SA unless otherwise noted.