Buttercup (named Kaoru Matsubara in the Japanese Version) is part of The Powerpuff Girls Z and is the second member. She transforms into Powered Buttercup and her trademark weapon is a large piko piko hammer.

She was voiced by Machiko Kawana in the Japanese version, and by Kelly Metzger in the English version.

Karou was the third member of The Powerpuff Girls Z. Her transformation is "Powered Buttercup" and uses a large swing hammer as a weapon. She is also skilled at martial arts.

Like in the regular show, Buttercup is a tomboy, and is the most easily enraged girl of the three, though she has a heart of gold and a sense of humour.

Buttercup is famous for being the most athletic girl in school and is admired by many female students. She enjoys all kinds of sports and spends a great deal of time watching them on TV. It's shown she is mostly good at soccer. Buttercup's greatest fear is ghosts and haunted mansions.

Buttercup has a slight crush on Butch Z, as seen after her kiss until she was told to stop. She's represented by stars. 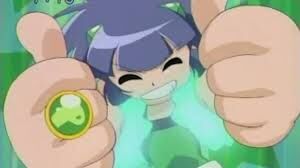 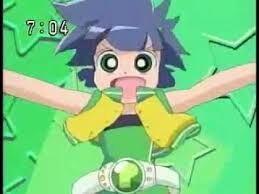 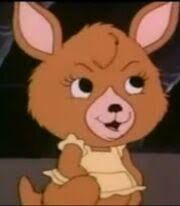 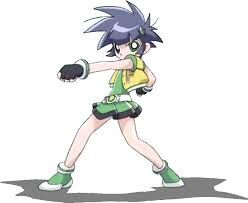 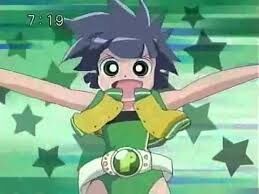 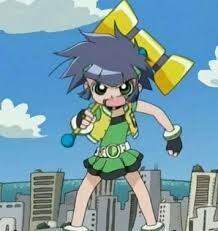 Retrieved from "https://hero.fandom.com/wiki/Buttercup_(PowerPuff_Girls_Z)?oldid=2303679"
Community content is available under CC-BY-SA unless otherwise noted.