28th Head of the Kuchiki Clan

Byakuya Kuchiki is a supporting character of the manga and anime franchise, Bleach. He is the captain of the 6th Division in the Soul Society and the adoptive older brother/brother-in-law of Rukia Kuchiki

He is voiced by Ryōtarō Okiayu in the Japanese version of the anime. and in the English version, by famous voice actor Dan Woren as an adult, and Yuri Lowenthal as a teenager, who also played Sasuke Uchiha from Naruto and Ben Tennyson from Ben 10. In the live action film, he is played by Takamasa Ishihara, also known as Miyavi. In the English version of the live action film, he is voiced by Greg Chun.

Regal, powerful, and cold, Byakuya Kuchiki is the adoptive brother of Rukia Kuchiki and the Sixth Division Captain in the Soul Reaper's Gotei 13. Byakuya is a strong man of his word. His zanpakuto is called Senbonzakura and he is the most famous of the 13 captains. He is also the 28th head of the Kuchiki clan which is the noblest of all of soul society. His lieutenant in the sixth division is Renji Abarai. He is the grandson of Ginrei Kuchiki, the former captain of the sixth division.

As the 28th Head of the Kuchiki Clan, Byakuya often behaves coldly towards others, especially if that person has offended or provoked him. Being born of a noble family has molded him into a reserved person. Byakuya takes everything serious and often finishes everything he can as quickly and effectively as he possibly can. Besides that Byakuya is a very honorable man who does everything in his power to keep his word once he makes a promise. Byakuya is a very confident person and has good reason to be so. Deep down, he loves his sister, Rukia and risked his life to save her when he took the blow from Gin Ichimaru's Shikai after he realized of Sosuke Aizen's betrayal.

Byakuya was born into the Kuchiki family, one of the four noble families. Byakuya grew up in the Kuchiki mansion in the Seireitei of Soul Society. He would spend many hours training, so he could take over the leadership of the Kuchiki family and the 6th Division from his grandfather, Ginrei.

Yoruichi seemed to be on good terms with the members of the Kuchiki noble family, so she would often visit the Kuchiki manor to play tag with Byakuya. On one visit, about 110 years ago, she is presented to train Byakuya by his grandfather Ginrei Kuchiki, the head of the Kuchiki family and the 6th Division captain. Upon seeing the arrival of Yoruichi, he swung his sword at her and called her a demon cat. Yoruichi laughed and playfully began to tease him, calling him "Little Byakuya," complaining about why she received such a greeting after she came all the way there to see him. Byakuya yelled at her that he would never want to see the likes of her and that he will be the head of the Kuchiki clan soon enough so he has no time to waste on her. This prompted Yoruichi to steal the ribbon holding his hair back, Byakuya reacted by quickly turning and swinging his sword at her, but she used Shunpo to move to the roof of a nearby building. Yoruichi laughed at him and exclaimed that if the head of clan Kuchiki could get his hair tie stolen by a girl at play, then she would worry about the future of the clan. Not to be defeated so easily, Byakuya told her not to move an inch, but before he could finish speaking, she told him that he couldn't catch her just as she used Shunpo again to begin the chase. Byakuya plainly stated that he could see that she wanted him to get mad, and he promised to make her see the error of her ways, even claiming that his flash steps are far superior to the likes of hers.

Fifty-five years ago, Byakuya married Hisana, who was a commoner from Rukongai and the sister of Rukia; therefore, he broke the rules by accepting her into the noble Kuchiki family. Five years later, she became sick and was near death. Shortly before her death, Hisana asked Byakuya to find and adopt her biological sister, whom she had abandoned as a baby. She also made him promise that he would not tell Rukia about her real family, for she believed that by abandoning Rukia when she was younger, she was not worthy to be called her sister.

One year later, Byakuya found Rukia at the Academy and immediately adopted her into the Kuchiki clan. By adopting her, Byakuya respected his late wife's final wish, but had broken the rules of his clan again. He later swore upon his parents' graves that he would never break the rules again, no matter what. As a result, he, though entirely apathetic on the surface, is actually deeply conflicted with the matter of Rukia's execution; should he intervene, it would require breaking the promise to his parents and the rules again, but should he do nothing, he would fail to fulfill the last promise he made to his dying wife to protect Rukia as his own sister. 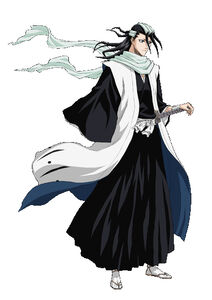 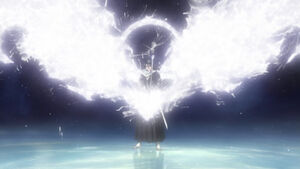 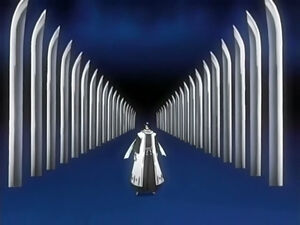 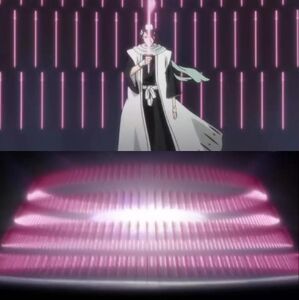 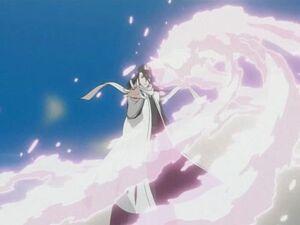 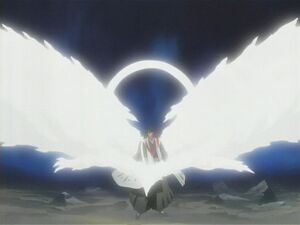 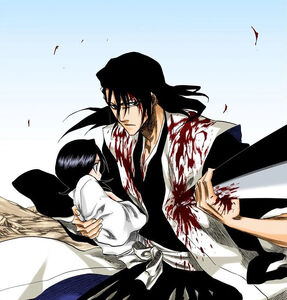 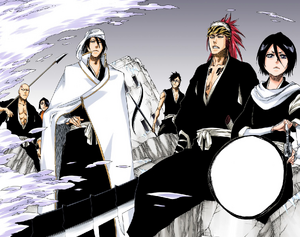 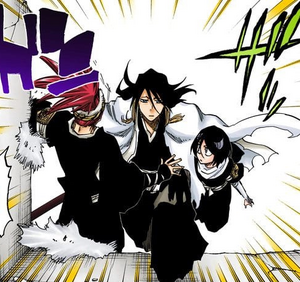