Elasticity
Use of Potato Mine
Garlic Drone pilottingTall-nut Battlement
Flight

Defend the Players' house from the Zombies

The Cactus is one of the main protagonists of the Plants vs. Zombies franchise. She is an anthropomorphic cactus who takes parts in fighting zombies.

Cactus is a plant-based on the real-life plant with the same name. She has a flower on top of her head, her eyes have red pupils, and a mouth to shoot spikes.

Cactus can be obtained in level 4-3. In this game, she costs 125 suns, and she can shoot spikes at zombies. Additionally, she can stretch up and pop the balloons from the balloon zombies.

Cactus returned in the sequel of the first game as a Premium plant, which the players have to pay $4.99 to unlock. She can shoot strikethrough spikes and hides underground when a zombie is close to her. When being underground, she acts as a spikeweed to deal with damages to zombies above it. When Plant Food is applied, she turns blue and can deal more damages to zombies. She is in Spear-mint's family, a family of piercing plants.

Cactus appeared as one of the playable characters on the Plants' side. Her primary weapon is Spike Shot.

In Battle for Neighborville, she is in Defend class. Her new primary weapons are Spike Strike and Needle Shot.

Cactus appeared in Plants vs. Zombies Heroes as a Cactus Flower Plant card of Guardian class. She costs 2, and her rarity is Premium - Uncommon. Her strengths and healths are 1/5, with her trait is Bullseye (when she hurts the Zombie Hero, the block meter does not fill up).

Camo Cactus is a Super Rare camouflage-themed Cactus variant whose Camo Shot has higher precision and more damaging than a standard Cactus.

Fire Cactus is a Rare Cactus variant who ignites enemies with her precisive Fire Needles.

Ice Cactus is a Super Rare (Rare in Garden Warfare 2) who utilizes her chilling and freezing Ice Needles to fire at enemies.

Power Cactus is a Rare Cactus variant performs electric damages to her enemies with her Electric Needles.

Future Cactus is a Super Rare time traveler that charges up her Future Shots to damage enemies.

Jade Cactus is a Super Rare (Rare in Garden Warfare 2) Cactus variant that uses her Shatter Shots, highly armored yet slower than other Cactus variants.

Petrified Cactus is a Rare Cactus variant in Garden Warfare 2 who is as durable as a Jade Cactus and fires Egg Blasts that detonate if the controller presses the fire button one more time.

The Garlic Drone is one of Cactus's ability. It is an anthropomorphic drone that shoots needles at zombies.

There are three variants of Garlic Drone: 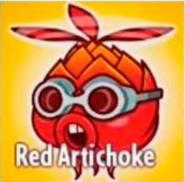 Dark Garlic Drone
Add a photo to this gallery

Retrieved from "https://hero.fandom.com/wiki/Cactus_(Plants_vs._Zombies)?oldid=2149263"
Community content is available under CC-BY-SA unless otherwise noted.