Being with her friends
Dating Aaron

To be an Actual Human Being (succeeded)

Cady Heron is the main protagonist of the 2004 film, Mean Girls.

She's a student at North Shore High School who moved to Evanston after living her first 16 years in Africa.

She was initiated into the Plastics, then takes down North Shore's queen bee; Regina George.

She was portrayed by Lindsay Lohan.

She grew up in Africa so she loved all the animals. A picture is shown by Aaron Samuels when Cady was a little girl on a elephant. Cady's first love was Nfume, back in Africa.

Cady begins just going to school as an outcast and befriending Janis Ian and Damian until she hangs out with The Plastics to ruin them. Being sucked into their world, she does become the new Queen Bee.

She wins Spring Fling Queen and elects to break and share the plastic crown. After this redemption she becomes what whe calls an Actual Human Being.

She was a very pretty girl who began dating the handsome Aaron Samuels at the end. 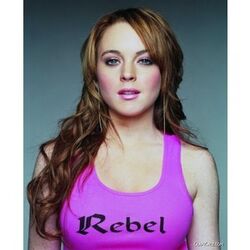 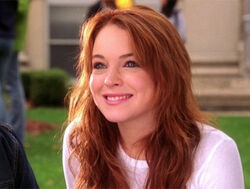 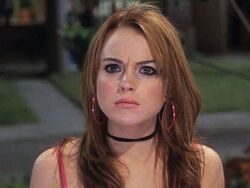 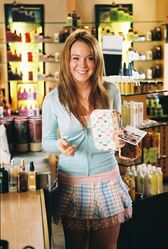 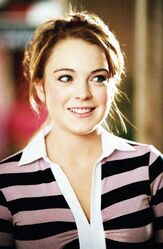 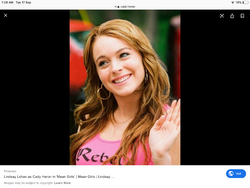 Cady heron
Add a photo to this gallery
Retrieved from "https://hero.fandom.com/wiki/Cady_Heron?oldid=2222945"
Community content is available under CC-BY-SA unless otherwise noted.