He was a former Jedi Padawan who survived the Clone Wars as well as the fall of the Jedi Order. He and his master, Jaro Tapal, had been above Bracca aboard a Venator-class Star Destroyer when Order 66 was issued. While Tapal was killed by their clone troopers, Kestis escaped to the planet aboard their escape pod. During the reign of the Galactic Empire, Kestis sought to avoid the purge that killed most of his fellow Jedi by creating a new life for himself on Bracca, working as a rigger with the Scrapper Guild.

He is voiced by and motion captured by Cameron Monaghan.

Cal Kestis was originally a Jedi Padawan studying to become a future Jedi Knight at the Jedi Temple on the core world of Coruscant during the era of the Galactic Republic. He escaped the Jedi Purge when the Jedi were betrayed by one of their own, Anakin Skywalker now called Darth Vader, and the Supreme Chancellor Palpatine who in secret was the powerful Sith Lord Darth Sidious. After escaping with his life he went into hiding, posing as a normal worker for the Scrapper Guild until he was discovered by the Second Sister and the Ninth Sister.

Kestis joined the crew of the starship Stinger Mantis after they rescued him from the Inquisitors. Over the course of their journey, Kestis befriended the droid BD-1, the former Jedi Cere Junda, the Mantis' captain Greez Dritus, and the Nightsister Merrin. They attempted to locate Eno Cordova's Jedi holocron, which contained information that was vital to creating a new generation of Jedi. Though they retrieved the holocron while surviving an encounter with the Sith Lord Darth Vader, Kestis chose to destroy the holocron in order to protect the galaxy's Force-sensitive children from the Sith. By then, Kestis had been recognized as a fully-trained Jedi by his new mentor Junda.

Cal Kestis served the Jedi Order as a Padawan before Order 66 ensued. After the fall of the Jedi, Kestis went to serve the Scrapper Guild as a rigger, a physically demanding and dangerous job. However, Kestis was regarded for a focused work ethic and sense of humility he generally kept for himself, yet he was quiet and hard-working.[2] Though he refused to speak on his past as he was quite haunted by it, feeling like he got his Master killed and could have done more, usually reacting with anger or dismissive of his past when it is brought up. Eventually Kestis began to open up more about his past and when confronted by the dark side on Dathomir for the second time in the form of his master, Kestis fully accepted his past and grew quite a lot from the experience, acting much more level headed and very wise, almost mentoring like towards others.

As a Padawan, Cal originally had a single-bladed blue lightsaber until he lost it while attempting to deflect a few blaster shots from clones and it fell down the elevator shaft and was destroyed when the ship blew up. In the escape pod, Jaro gave him his lightsaber despite it being damaged. He also knew how to use the Force adequately and was able to use Force Push, Force Pull & Force Stasis to great effect against the Empire. Cal was also extremely skilled with the Psychometry Force Technique, being able to recall events in the past that left a strong Force residue behind years or even centuries after their happening. By his own admission, Cal has noted that the form his Psychometry takes is exceedingly rare, such that it cannot be trained or cultivated, but rather "You have to be born with it.". 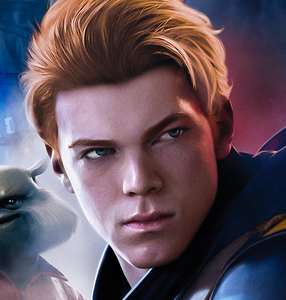 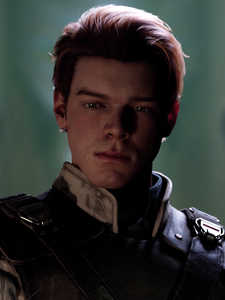 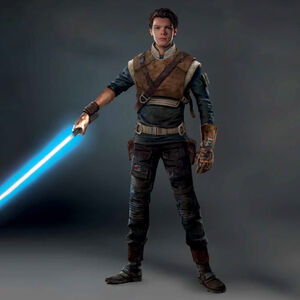 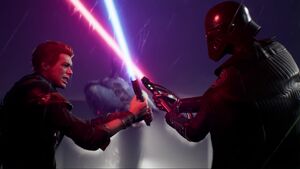 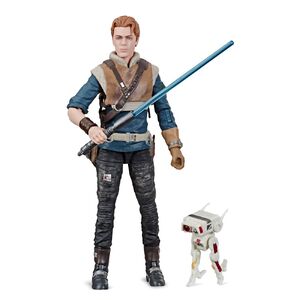 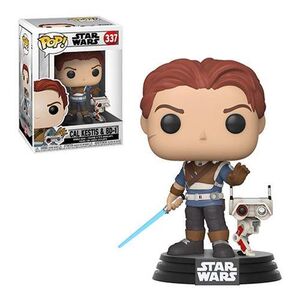 Cal Kestis's Funko POP.
Add a photo to this gallery

Retrieved from "https://hero.fandom.com/wiki/Cal_Kestis?oldid=1937249"
Community content is available under CC-BY-SA unless otherwise noted.