Protect the Morlock society and keep them safe.

Callisto is a mutant in the X-Men series. A mutant with superhumanly acute senses, Callisto is a superb hunter and tracker. Callisto banded together unwanted mutants society didn't accept and lived underneath the sewers of Manhattan called the Morlocks. She then found Caliban, a mutant with psionic abilities to locate other mutants, using that power Callisto gathered together many other mutants. Although deposed as the Morlock leader by Storm, Callisto has often been her ally. Since she was taken to another dimension by Mikhail Rasputin, Callisto has shown a maternal devotion toward the young Gene Nation member known as Marrow.

Before her mutation Callisto was a beautiful young girl from Missouri until catastrophe struck her and she became blind in her right eye. Callisto realized the human society had no more use for a beautiful woman who was no longer beautiful.

She went underground and decided to start to form the Morlocks after she met Caliban, Masque & Sunder. They helped her track down the outcast mutants that people hated and feared because of their appearances and give them a home, a safe haven.

Callisto was one of the Morlocks to survive the mutant massacre when the Marauders attacked the Morlocks. A few of the Morlocks left the underground society for a while after the attack. Leech, Caliban, Skids and Artie joined the X-Terminators, a teen group of the X-Factor who saved them. Marrow was rescued by Gambit. While Feral joined the X-Force while her sister Thornn joined the Brotherhood of Mutants. Callisto however remained underground protecting the surviving members who did not leave.

Callisto only left the Morlocks to go check on the survivors who were recovering under the care of Moria MacTaggert when she returned Callisto found out that Masque had completely taken over and betrayed her. After their conflict both kept a close eye one each both of them not trusting the other one. Years later the Morlocks who left return to Callisto's underground society.

When Scarlet Witch depowered most of the mutants on m-day Callisto lost her super scenes and the tentacle arms that Masque gave her. After the m-day event Callisto regained her super scenes through the power of the Terrigen mist.

At point after m-day when many mutants lost their powers most of Litterbug's friends from the Chicago Morlocks lost their powers while they were in hiding. His friends were excited because they could now have normal lives just like they wanted. Litterbug never lost his powers he eventually came out of hiding and got himself into trouble again. So he some how managed to become a member of the Morlocks in New York lead by Callisto and Masque. However he became more loyal to Masque than he did to Callisto.

Although Callisto has been depowered again she has made Charles Xavier's dream of humans and mutants living together come true. However this has only been done in her reformed Morlock society called the New Morlocks. The humans and mutants have moved in together because of the fear of the M-Poxs. The humans who live in the underground tunnels with the New Morlocks are outcast to society just like the Morlocks.

Because Callisto lost her powers on m-day she never made it on to the government list of 198 mutants who they believe to be a threat. Callisto like the other surviving Morlocks has lived through many terrible things that have happened in her life. She survived the Mutant Massacre from the Marauders and was lucky enough to escape capture from the Neverland camp where other Morlocks weren't so lucky. Survived the many treacheries of Masque she survived when Mikhail Rasputin flooded the Morlock Tunnels. Callisto also had been cured and survived from the terrigen mist that restored mutant powers only to give them M-Pox later. Callisto lost her powers but was lucky that she didn't get M-Pox. Callisto has also been a prisoner in the new prison made for mutants Robert Kelly Correctional Facility along with fellow Morlocks Bliss and Electronic Eve. 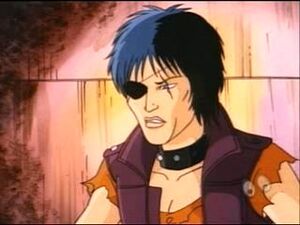 Callisto in the animated series 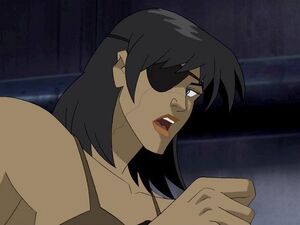 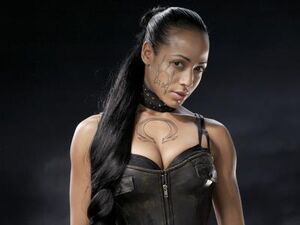 Callisto in X-Men The Last Stand