To defeat Félicie in a ballet battle (formerly, failed)

Camille Le Haut is the (former) secondary antagonist turned anti-hero in 2016 French animated movie Ballerina. Camille is Regine Le Haut's daughter, Félicie Milliner's former rival, and a dancer who is being pressured by her mother to dance. She is voiced by Maddie Ziegler.

Camille has blonde hair tied up in a bun. She has blue eyes and wears a black ballet top with white leggings and peach ballet shoes with pink socks. She is sometimes seen with a blue ballet top with lace as the sleeves with the same stockings and shoes.

Camille is arrogant, selfish, egotistical, abusive and snobbish like her mother Regine Le Haut. She has this attitude untill she loses to Félicie Milliner in a ballet battle. She then showed a warmer side to her by shaking hands with Felicie when she was selected to dance the Nutcracker with Rosita Mauri. 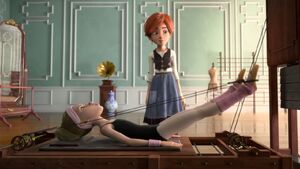 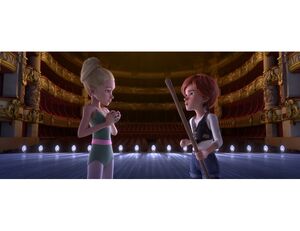 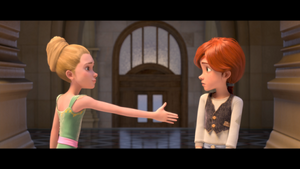 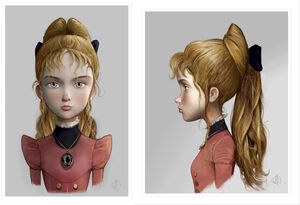 Add a photo to this gallery
Retrieved from "https://hero.fandom.com/wiki/Camille_Le_Haut?oldid=1921903"
Community content is available under CC-BY-SA unless otherwise noted.