Protect Fairy Tail and its honor
Protect her friends

Cana Alberona is a member of Fairy Tail and was a potential S-Class Mage. She is a heavy drinker, but hardly ever gets drunk, no matter how much she drinks. She is also Gildarts Clive's daughter.

Cana is a tall, slim, young girl with an ample bust and tan skin. She has long dark brown hair. Two shoulder-length strands of hair frame her face, with the left one starting from a prominent, high fringe. Her hair is curlier in the manga than in the anime, in which it appears more thick and wavy. After the S-Class Trial, Cana was momentarily shown with her hair tied in a high ponytail. Cana has large brown eyes and visibly long eyelashes; Cana's face is noticeably sharper in the manga compared to her appearance in the anime.

She possesses a very voluptuous figure, with large breasts and curvy hips, which, over time, steadily become more defined. Her black Fairy Tail stamp is located on the lower left part of her abdomen, right above her hips. Cana's fingernails, while usually shown to be cut back and uncolored, are sometimes kept long and adorned by nail polish of different colors. Cana's shapely upper body is usually left largely exposed, with most of her attires being distinctively scanty: her standard outfit consists of a light blue bikini top which features a camouflage pattern, a pair of capri pants, with two bands hanging from each leg and a light belt covered in heart motifs loosely tied around the waist. She completes her general outfit by wearing a pair of high-heeled sandals. She also had a pair of metal bracelets adorning her biceps, bearing an incision composed of many "A"s, and three simple, round metal bracelets on her right wrist.

Around the time of the S-Class Mage Promotion Trial, Cana wore a new outfit very similar to her standard one, but slightly more concealing: she sported a white shirt, which left her abdomen and forearms exposed, held closed by a band below her collar, which was decorated by a wavy blue motif, and tied in a knot below her chest, which was exposed by the shirt and covered in a dark bikini top, with white edges flanked by wavy, protruding hollowed trimmings. Her black capri pants were held up by a tighter-fitting, lavender belt adorned by red hearts, and her high-heeled sandals were replaced by short-heeled ones, secured to her feet by many striped bands, which end mid-calf. While in this outfit, she had no visible jewelry. During the very beginning of the trial, she wore a dark, revealing bikini paired with light-colored flip-flops.

After the war with Grimoire Heart was over, Cana once again changed her outfit, with the new one being noticeably different, consisting of a short-sleeved light shirt with dark inner edges, revealing much of her neckline, a dark, pleated miniskirt, distinctive tights covered in a leopard pattern, and dark boots. After the return from Tenrou Island, Cana is shown donning an outfit highly reminiscent of her standard one, however, with subtle differences: she initially dons a bikini top covered in dark polygons together with the pants and belt from the S-Class Trial, and short-heeled, dark sandals. She also added three more metal bracelets, that circle her left wrist, to her standard jewelry.

Cana always carries around a shoulder bag, with the plain brown strap passing over her left shoulder and diagonally crossing her chest, which is covered and completely obscured by a mass of very long and massive feathers, which are lavender, and occasionally light blue, in color.

Cana has a great love for alcoholic beverages such that it borders on addiction. Oftentimes, she is often seen drinking directly from a large beer barrel. She started drinking at the age of thirteen, two years before the legal age, and the frequency of her drinking has grown to the point where thirty percent of Fairy Tail's liquor budget goes down her throat. Despite her drinking and somewhat laid-back attitude, Cana is one of the more serious members of the guild: she hardly ever goofs off (except when she's drinking), unlike the majority of the other members. She is very focused on the situation at hand. She seems to harbor some romantic feelings for Macao Conbolt, her drinking buddy, as when he suggested she cut down a bit she did so. But when she discovered he had a new girlfriend she returned to drinking and even doubled her quantity.

In the guild itself, Cana often assumes leadership in dire situations, such as during the fight against Phantom Lord, and assesses situations in a logical manner. She is extremely loyal to the guild and its members, regardless of how new they are or what their background may be. In addition, Cana always stands up for her dreams (to become an S-Class Mage) and is rather tenacious, as shown when she attacked Freed, despite being unable to defeat him in the past, without hesitation during their S-Class Mage Promotion Trial battle.

However, the S-Class exam showed another side of her. She demonstrated a very selfish side, one which was willing to betray her teammates to become an S-Class Mage. This goal and selfishness of hers caused her to even put her own guildmates in peril. This desperation actually stemmed from her desire to confess to her father. However, upon realizing her mistake she became deeply depressed and tried to rectify her mistake. As a child, she didn't have much interest in drinking and she was much more mature than the other young members of the guild, acting like an older sister figure to them. 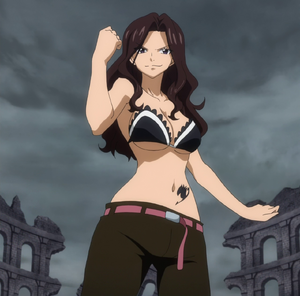 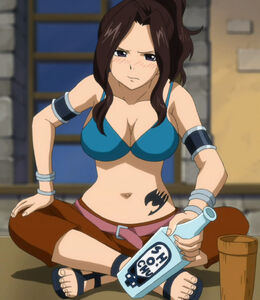 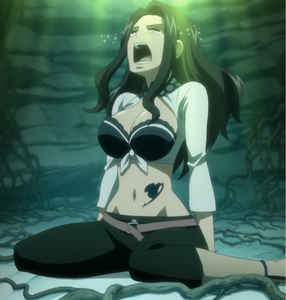 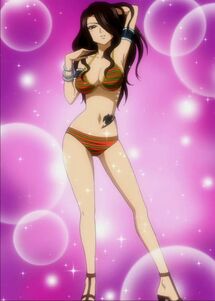 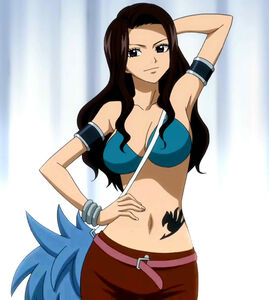 Retrieved from "https://hero.fandom.com/wiki/Cana_Alberona?oldid=1802573"
Community content is available under CC-BY-SA unless otherwise noted.