We are the good guys, Magma we don't kill.Cannonball.

Nice try, but Ah'm pretty much invulnerable when Ah'm blastin'. You fellas wouldn't happen ta be invulnerable, too, would'ja? Say if I dropped you from five thousand feet?Cannonball.

Here's my closed fist, Professor! It can be used the way Cable taught us -- ta hit -- ta pound -- ways you say you don't agree with, right? But it can also be used ta warm... ta support... ta protect! As for the peaceful approach of the open hand -- well, that can be used ta hurt as well!Cannonball to Professor X.

In The New Mutants, he is portrayed by

Illyana we're, kids! You don't send high school varsity no matter how good up against the Pittsburgh Steelers It's sucide. Cannonball

Give yourself a chance, Rhane an' then, give Illyana the same.Cannonball

That ain't the point, Bobby, we're s'posed to be better than that.Cannonball

An' you oughta be glad somebody's willin' ta take the heat ta keep you from doin' stuff you'll be sorry for later.Cannonball

Ain't my law. Wouldn't care if it was, 'cause it stinks! Now return those children or Ah'll take 'em!Cannonball stoping mutant policemen from arresting human children

If she isn't telling us everything, it's probably because she is scared.Cannonball

Whatever anyone tells you, kiddo whatever you think about yourself you'll always be my friend. Our friend.Cannonball to Wolfsbane 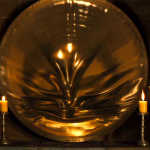