To escape the Milbury Hospital (succeeded).


Samuel "Sam" Guthrie, also known as Cannonball is one of the five main protagonists of the 2020 film The New Mutants.

He is a Kentuckian mutant with the ability to propel himself into the air and is invulnerable while doing som, and was sent to Milbury Hospital under the guidance of Dr. Reyes to learn his powers so he could become a killer for the Essex Corporation. Making friends with Illyana Rasputin, Roberto Da Csota, Rahne Sinclair and Danielle Moonstar, Sam would help them escape from the hospital after Magik and Dani dealt with Demon Bear.

He is a mentioned in X2: X-Men United, with his name appearing in the Department of Domestic Security and Defense's computers.

Sam Guthrie was the son of mining foreman Thomas Guthrie born in Kentucky. He had to join his father to work in the mines, but one day, he became claustrophobic that his mutants powers manifested. Sam blasted out, accidentally killing his father and most of the men on his crew. Afterwards, he was send to the Milbury Hospital where he would go on to meet Illyana Rasputin, Roberto Da Costa, and Rahne Sinclair; fellow mutants with their tragic backstory. They collectively believed that they were being trained to become the X-Men, hence the strict supervision. Meanwhile, Dr. Cecilia Reyes reminded them that they were considered to be dangerous and should not leave the Hospital until their powers were under control.

One day, during a therapy session with Dr. Reyes, they were joined by another fellow mutant, Danielle Moonstar, whose powers were unknown. Not long afterwards, Sam experienced a vision on which he relived the day of his accident. As days passed, the patients warmed up to each other and eventually, the group came together when Illyana spikes Dr. Reyes' coffee with sleeping pills, allowing them to run amok on the grounds. Eventually, the group discovered that Reyes had lied to them and that the Essex Corporation planned on using them as mutant killers. They confronted Reyes, who trapped them inside force fields, but manifestation of Dani's mutant powers conjured the Demon Bear, who killed Reyes and proceeded to hunt them. Eventually, Sam overcame his fears and, along with Roberto, aided Illyana in fighting off the Demon Bear until Dani got a hold of her powers and tamed it before allowing the creature to dissipate in peace. As the sun rose, the group collected their belongings and Sam noticed that the force fields around the Hospital was no longer there. The group decided to head into the nearby town which Reyes had previously told them was twenty miles out. Not knowing whether she was telling the truth, they all decided to head out together and face the unknown. 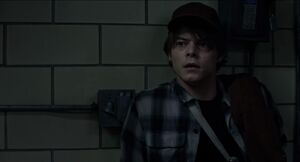 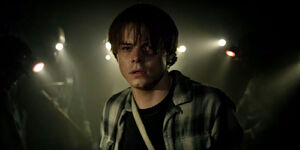