Note: This is the Reboot version of Cannonbolt, For his Prime Counterpart, See Here

Cannonbolt is one of Ben Tennyson's alien egos from Ben 10 Reboot.

He is voiced by Travis Willingham.

His appearance is composite of his design from the original series and Alien Force/Ultimate Alien, but the Omnitrix symbol is white instead of green and he has sharp teeth. 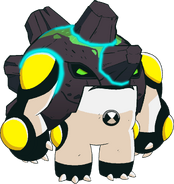 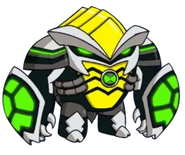 Omni-Kix Cannonbolt
Add a photo to this gallery

Retrieved from "https://hero.fandom.com/wiki/Cannonbolt_(2016_series)?oldid=2273700"
Community content is available under CC-BY-SA unless otherwise noted.