Heroes Wiki
Register
Don't have an account?
Sign In
Advertisement
in: Romance of the Three Kingdoms Heroes, Female, Honorable,
and 48 more

Loyal Monarch
Cao Jie, also known as Empress Xianmu, is one of the supporting characters in the 14th-century Chinese classic novel Romance of the Three Kingdoms by the late Luo Guanzhong, and its multiple adaptations. She is one of the daughters of Cao Cao and the second wife of Emperor Xian.

Cao Jie was born in a noble family, even if she has any relationship with her father. However, she come to Shanyang with her husband Emperor Xian, she saw the displacement of Shanyang people. The poor and the hunger were cold and idyllic and the countryside was ridiculous, Cao Jie encouraged Emperor Xian to take off his official uniforms and put on his cloak, go deep into the folk and save the wounded and ruthlessness of the past in the palace and the people of Limin. When Emperor Xian made a village doctor in Shanyang, two couples often went to the Yuntai Mountain area to collect medicines and save the people.

At that time, in the event of a famine, Cao Jie and Emperor Xian ordered the reduction and exemption of taxes and together with the Sanyang people, they were reduced their food. In a few years, Shanyang people rehabilitated and rebuilt their homes. The poor mountains and waters of the past were greatly improved. In order to repay the love of the two couples, the most people rushed to send items such as fresh fruits to express their wishes, but they were often rejected by rumors. Atfer Cao Cao dies, Cao Pi take over the Wei throne and instructed Hua Xin to force Emperor Xian to give way, Cao Jie angered Hua Xin had to withdraw from the palace.

The next day, Emperor Xian was forced to give Cao Pi the emperor and threatened by force. Cao Jie is very helpless, throwing the plaque under the fence, the two couples announced that regardless of the rich and the poor, the children can go to school, ages from five to six years old and the number of people is not fixed. Made the gentleman use the individual teaching method, first literacy and then study the classics. When Cao Jie heard that Bu Shang (one of the four disciples of Confucius, who was taught in Marquess Wen of Wei of the Warring States) had a name called Bu Shang, he was very famous in Wen County and was very knowledgeable.

Emperor Xian personally went to the door and asked him to be the chief officer of Shanyang, the two couples moved to live soon. They are conducted a free clinic for the people and received patient consultation, the two couples went to Bu Yangmen Village, it was confronted with Bu Shang's daughter-in-law's labor and shouted and couldn't give birth, the two couples would deliver the baby very much. Liu Xie directed Cao Jie to adjust the position of the mother and make the maternal accumulation of strength, the Bu family is extremely grateful, the two couples warmly met him and exchanged ideas. A few years later, she died of illness, but her family attended her funeral. 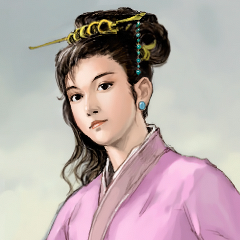 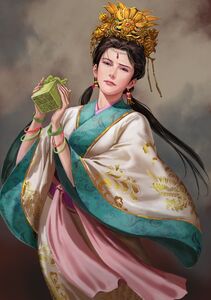 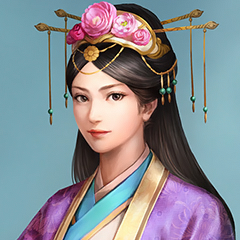 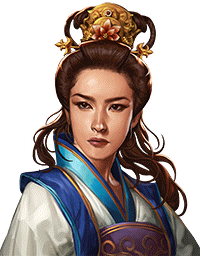