Heroes Wiki
Register
Don't have an account?
Sign In
Advertisement
in: Romance of the Three Kingdoms Heroes, Male, Honorable,
and 62 more

Benevolent Ruler
Cao Rui (in Chinese: 曹叡), also known as Emperor Ming (in Chinese: 明帝), is one of the major characters in the 14th-century Chinese classic novel Romance of the Three Kingdoms by the late Luo Guanzhong, and its multiple adaptations. He is Cao Pi and Lady Zhen's son and the second emperor of Wei.

Cao Rui is often portrayed as a smart and gentle man, he was said to be a incompetent ruler who has learned many knowledge like his father. After Cao Cao's death, Cao Pi have been compel wide has to abusing the power by errand to overthrow Emperor Xian. Foundation of the Wei kingdom, Cao Rui manifest to served under his father as minister of Wei. Cao Pi cannot dupe to Cao Rui such gives the family by warning to never leaning of being in cheated by thieves and nomads. By the bad news from it, Lady Zhen was so innocently that dupe oneself yet executed by Cao Pi due to committing a deluge of felonies. Cao Rui prepared to mourning his mother after he tears of grief, Lady Zhen's corpse was buried in the city of Ye, Cao Pi took controlling of Wei capital, Luoyang.

After his mother death, Cao Rui was later raise by his stepmother Lady Guo and Cao Pi denote allowed to enlist officers, generals, and advisors as so far anytime to made the books. At this point, Cao Rui tries to learns hunting and keep running to chase the deer. Fine by on, Cao Pi eulogize with Cao Rui by his served as a head pundit. Following by the year, Cao Pi resumed his title was in thought that Cao Rui had previously had dissatisfaction and he wanted to establish Cao Li, who was born by Consort Xu, so he did not stand for a long time. During this period, Cao Rui's family officials, teachers, and friends, all of them only take the integrity of the people, help each other, encourage correction.

He has a very good relationship with Wei Zhen as they are discuss the things together. Cao Pi also asked Wei Zhen about Cao Rui's situation, Wei Zhen praised him for his reason and virtues. After Cao Pi dies, Cao Rui took the throne and become a new ruler of Wei, he was placed under the regency Lady Guo. When Sun Quan attacked Jiangxia and Wen Ping insisted, the most courtiers discussed and sent troops to rescued, Cao Rui believed that Wu forces was good at water warfare. Wen Ping is defensive and sudden attack, but the following hiring has been able to compete with them and they do not have a clear advantage. Prior to this, Cao Rui had sent a book to Xun Yu to help the soldiers, but they were learned the news of the Wu army's invasion.

They are gathered the soldiers and horses along the way to Jiangxia, plus thousands of people riding their guards from others. Arriving outside the city of Jiangxia, he commanded the army to attack the Wu army by the mountain fire. Cao Rui led the troops to against Wu, Wu forces is already retreated. They are invaded Wei, led by Lu Xun's commander-in-chief, he fought with Wu and defeated them with the help of General Man Chong and General Zhang Qiu. When Lady Guo died, he completely controlled Wei. However, he led his army to participate in the election campaign of Gongsun Yuan. But before he won, he died of illness and was inherited by his adopted son Cao Fang.

At the time, he was only 9 years old, so Cao Rui appointed a weak Cao Shuang and a powerful and awkward Sima Yi - a fatal mistake because Sima Yi's grandson and sons controlled the Wei government and seized the throne. 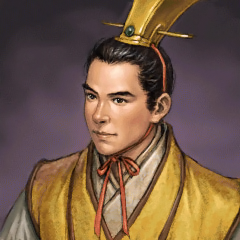 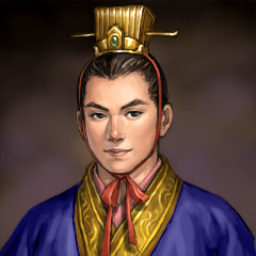 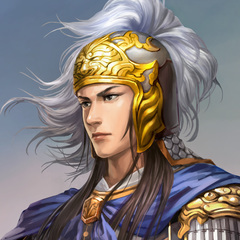 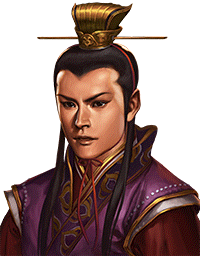