Heroes Wiki
Register
Don't have an account?
Sign In
Advertisement
in: Romance of the Three Kingdoms Heroes, Male, Military,
and 75 more

Marquis Zhuang
Xiu (by his cousins)
Nephew (by his uncle, Cao Cao)

Spending time with Cao Cao and Cao Pi.
Helping others.

Military Warrior
Cao Xiu (Chinese: 曹休) is a character in the 14th-century Chinese classic novel Romance of the Three Kingdoms by the late Luo Guanzhong, and its multiple adaptations. He is the general of Wei and a nephew of Cao Cao.

Before Cao Cao turned twenty, the Yellow Turban Rebellion has broke out. However, Cao Xiu fled with his mother south over the Yellow River. When Cao Cao joined the Han forces against Dong Zhuo and set up his army, Cao Xiu entered his service. Cao Cao was very fond of supporting this distant family branch and treated Cao Xiu as his own son.

During the Battle of Ruxukou, Cao Xiu buck up miter as walked to the each roadside as well he meeting Ling Tong when Sun Quan was in match to opposed with Cao Cao, refine improving in has to fight with him swiftly. Taking out the arrows to shot on Ling Tong's horse, Ling Tong pretty well as falling to horse but how to facing Cao Xiu, the two had to be grit on their struggle.

Later in two years, Cao Cao taking controlled the Hanzhong. Cao Xiu later fought with Wei's rival, Shu Han, he recognized his promise and acted as a faithful advisor to Cao Hong. At the time, the enemy forces was cut off Cao Hong's path by a meaningful threats, Cao Xiu deliberately opposed both Zhang Fei and Ma Chao, it can be seen that defeated them with this strategy will undoubtedly lead to Wu Lan's death.

As telling that the most cavalry was about to be dissolve, Cao Xiu worked with Cao Cao again. Cao Xiu is no longer as cunning as Cao Cao, although he was a good counselor and later appointed commander of the Imperial Guard.

After Cao Cao dies, Cao Xiu enjoyed a good relationship with the emperor Cao Pi. He made Cao Xiu a general guarding the south and sent him to the front to fight Sun Quan's armies. Cao Pi personally led an offensive against Sun Quan. Cao Xiu was appointed General, who conquered the East.

He overseen more than twenty armies from various regions and defeated Sun Quan's forces under Lu Fan at Dongpu. After Cao Pi's death, Cao Xiu later went to served the second Wei Emperor Cao Rui. However, Cao Rui led another offensive against Sun Quan and Sima Yi arrived at Han River, Cao Xiu led the army to Xunyang and take his proposal to against Wu. When Wu officer Zhou Fang swindled, Cao Xiu listened to the letter deep and the battle was unfavorable, but he can decided returned to Shiting.

After being defeated by Lu Xun, he lost tens of thousands troops. The armies were confused and materials were abandoned, Jia Kui rescue was able to escape. This battle has been negligent, Cao Xiu wrote a book to plead guilty, but Cao Rui sent Yang Ji to appease and give a grand ceremony. In a memorandum, Cao Xiu confessed his misjudgment and Cao Rui was already forgave him. He later died after his succumbed to the wounds.

Cao Xiu instructed to oppose Dong Zhuo with his uncle, Cao Cao often identified his nephew was more familiar. Especially he and the cavalry have exceptional surprises to promote their respect, Cao Xiu was only one who willing to joined Cao Cao together. At these times, Cao Xiu must be free to joins many of his uncle's battles, including Guandu, Chibi, Hanzhong, and others.

Since Cao Cao has passed away, Cao Xiu eventually met Cao Pi after returning to the capital than maybe to aid him rule the entire territories. Both have started fighting against the enemy forces, Cao Xiu will probably participated in the invasions of Shu and Guangling, which was Imprints served by his cousin. However, Cao Pi is certain to sent Cao Xiu to defend Wu frontier.

Also, Cao Xiu had to discuss with his cousin just before he set off and would keep it from then on without disappointment. Even so, Cao Pi belongs to wanting to be honest with the double-edged sword. After Cao Pi's death, Cao Xiu wanted to formed the cooperation with Man Chong and Sima Yi to resist Wu forces, but he was one of those who survived the battle in Wuzhang Plains.

Cao Xiu is someone eager to prove his worth in the battlefield. While his enthusiasm makes him highly liked by Cao Cao, Cao Pi, and his other relatives, the former referring to Cao Xiu by his given name in the English script. Sima Yi and Man Chong, however, believe that Cao Xiu was known is too honest and trusting which can lead to foolhardy decisions. 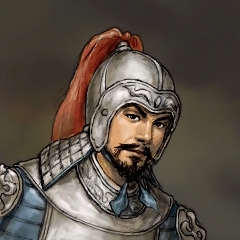 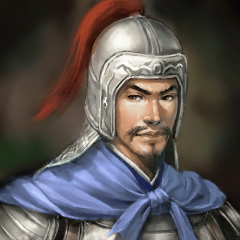 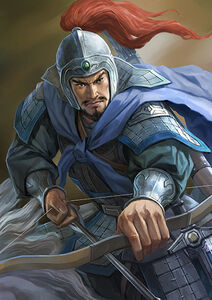 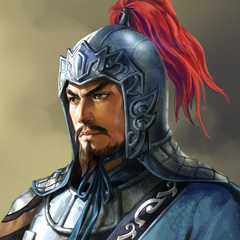 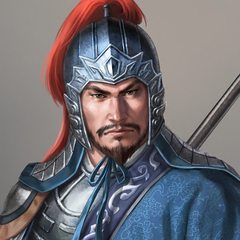 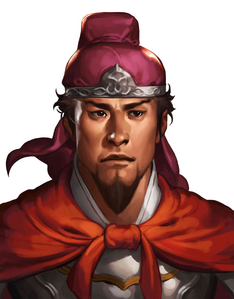 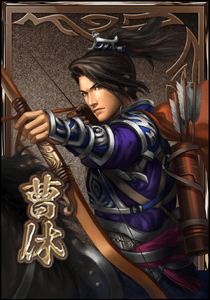 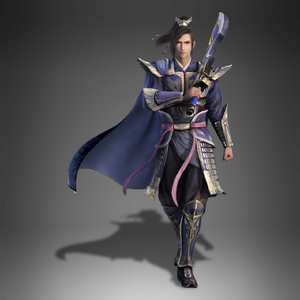 Cao Xiu as he appears in Dynasty Warriors 9. 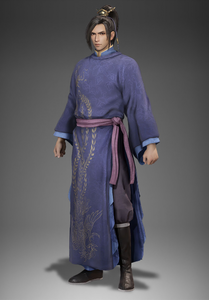 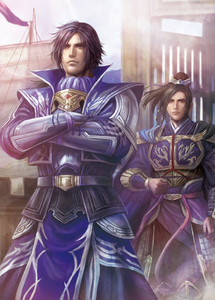 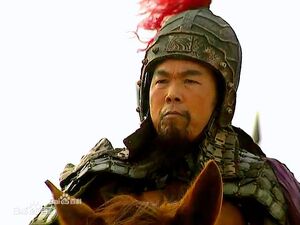 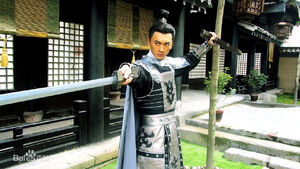 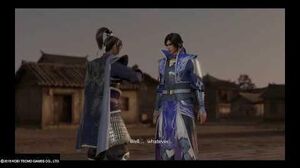 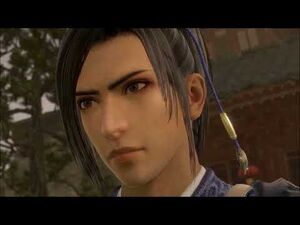