Military Warrior
Cao Zhen (Chinese: 曹真) is a minor character in the 14th-century Chinese classic novel Romance of the Three Kingdoms by Luo Guanzhong, and its multiple adaptations. He is an adopted son of Cao Cao.

When his father Cao Shao recruited troops for Cao Cao and later killed by Huang Wan, Cao Cao replaced Cao Shao to conquer China and adopted Cao Zhen, Cao Zhen wants to know that it seems to report his father's death. He is the only one who can going hunting, the tiger stayed behind him, Cao Zhen returned to the horse and kill the tiger, Cao Cao praised him for his bravery. Cao Zhen behaved boldly but attacked Liu Bei with Cao Cao even when he stepped into Hanzhong, Liu Bei had to convince his great deeds on time and sent Wu Lan to lead the army to station in Xiabian County. However, Cao Cao only wants to asked Cao Hong to lead his soldiers to siege the enemy forces after he was ostentatious.

Cao Zhen, Cao Xiu, and Cao Hong had to resist Wu Lan instead. During the Battle of Mount Dingjun, Cao Zhen was sure to face Liu Bei when he wanted to form cooperation with the Wei, Xiahou Yuan was shot dead by Huang Zhong when he confronting the Shu armies in the campagins. After Cao Cao dies, he later served under Cao Rui. Since he returned to Luoyang, Cao Zhen and Xiahou Shang led their troops to defeated Wu. Zhuge Liang participated in the Northern Expedition, Cao Rui then went to Chang'an, but Cao Zhen as the governor of Wei. At the Battle of Jieting, he helped Zhang He to attack Ma Su, if broke Shu armies and forced to retreat.

By now once, Cao Zhen believes that Zhuge Liang would attacked Chencang, Cao Zhen ordered Hao Zhao to protected Chencang. But he did not recognize this difficult issue and vowed to fight Zhuge Liang, no one was disappointed with him. In some case, Zhuge Liang attacked Chencang and Hao Zhao had already prepared for the battle, although Zhuge Liang would not harass others. At this time, Shu forces was insufficient and causing Zhuge Liang has return to nothing, Cao Zhen then sent troops from Chang'an, Sima Yi arrived at Han River and some entered the Xie Valley, he attacked Shu from multiple roads and was stopped by the rain. After many years, Cao Zhen died of illness. 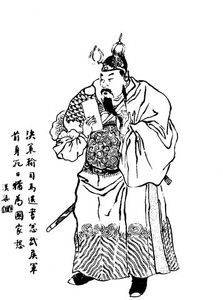 Cao Zhen in Romance of the Three Kingdoms. 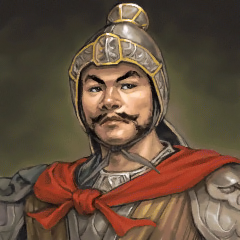 Cao Zhen in Romance of the Three Kingdoms IX. 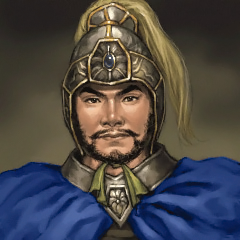 Cao Zhen in Romance of the Three Kingdoms X. 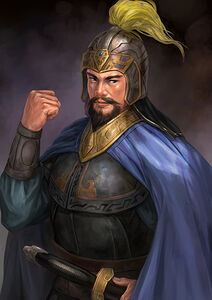 Cao Zhen in Romance of the Three Kingdoms XII. 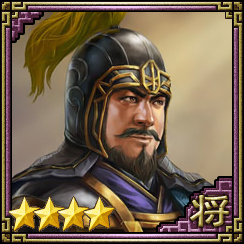 Romance of the Three Kingdoms: The Legend of Cao Cao portrait.
Add a photo to this gallery

Retrieved from "https://hero.fandom.com/wiki/Cao_Zhen?oldid=1703798"
Community content is available under CC-BY-SA unless otherwise noted.