Cappy is the deuteragonist of Robots and Rodney Copperbottom's love interest.

She's voiced by Halle Berry in the film, who also played Storm in the X-Men film series and Catwoman in Catwoman. She's voiced by Grey DeLisle-Griffin in the video game.

Cappy is a young robot, living, and working in Robot City as Bigweld Industries' only female co-executive. Unlike Ratchet and his sycophants, she sympathizes with the outmodes as their parts are cut off to make way for Ratchet's new plan. She first meets Rodney when he flies in with Wonderbot into the Bigweld Industries Building.

Upon meeting Rodney, she quickly begins to develop a crush on him and wants to keep him and Bigweld out of trouble, especially from Ratchet. She becomes Rodney's ally and companion, serving to help him and his friends when they are in danger. She joins him for the final battle against Madame Gasket, and then eventually, for the celebration at Rivet Town. 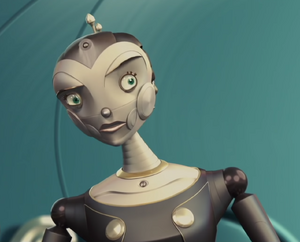 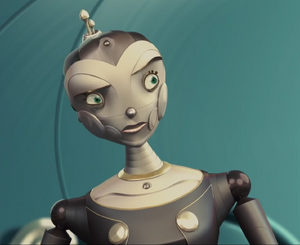 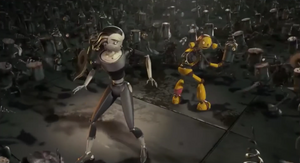 Cappy and Piper team up. 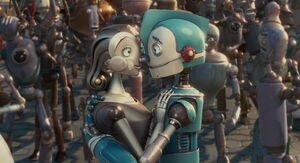