Protector and guardian of one of the skulls of Cerberus

Prevent anyone from acquiring the skull and help the crew to save Scooby from the Cerberus.

Captain Caveman is a minor antagonist in the 2020 Warner Bros. animated film Scoob!.

He was voiced by Tracy Morgan, who also voiced Luiz in the Rio films, Agent Blaster in G-Force, and Felix in The Star.

Captain Caveman retains the same characteristics he originally had in the cartoons: large brown hair and a long mustache covering his entire body (sans his eyes, large nose, and mouth) and additional hair strands sticking out, four on his head and six overlapping his mustache. However, his hair is stylized in dreadlocks with beads and actually has striped markings on Captain Caveman's arms and wears bracers created from rock and bone.

Captain Caveman encountered Blue Falcon, Scooby, Dee Dee, and Dynomutt when the group flew over to Messick Mountain. He is revealed to be the protector of one of the three skulls of Cerberus, to which Dick Dastardly planned to collect in order to unlock the gates to the Underworld.

He takes them to an arena, filled with other cavepeople, and explained that to get the skull, they must defeat them in battle. Captain Caveman started to battle with Scooby and Blue Falcon, overpowering them immensely, even to the point of destroying Scooby's super-suit. Dee Dee and Dynomutt show up to help and Dynomutt knocks Captain Caveman into a wall, beating him in the fight.

At some point, as shown in the end credits, Captain Caveman joined the recently found Falcon Force along with Jabberjaw, Atom Ant, and Grape Ape. 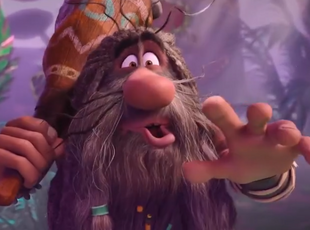 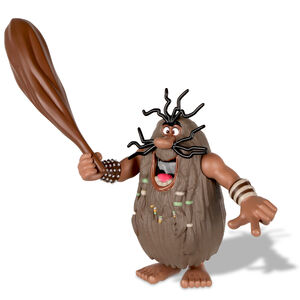 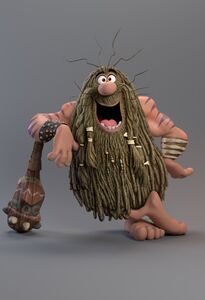 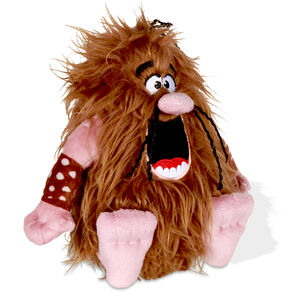