Captain Combustible is one of the main protagonists of the mobile game Plants vs. Zombies Heroes. He is a Plant Hero of Torchwood, who leads Ka-bloom and Mega-Grow classes.

Not much is known about Captain Combustible's past. However, as seen in his introduction comic strips, he can be seen boosting a group of Peashooters to defeat a Gargantuar in a forest.

Captain Combustible appeared in Menace on Molten Mountain! while boosting his group of Peashooters to fight Super Brainz, Neptuna, Impfinity, and Immorticia. During the fight, Super Brainz defeated him by using Neptuna's tank to extinguish his fire. 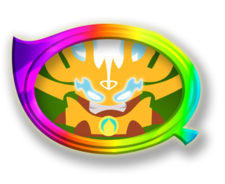 Blazing Bark
Add a photo to this gallery

Retrieved from "https://hero.fandom.com/wiki/Captain_Combustible?oldid=1774057"
Community content is available under CC-BY-SA unless otherwise noted.