Leader of the Commando Team

Defend the innocent from evil.

Captain Commando is a classic Capcom character from the sequel of the same name. He is the original mascot of Capcom.

He is voiced by Takashi Nagasako and Ryōtarō Okiayu.

It's the year 2026. The world is filled with crime. Captain Commando and his three faithful Commando companions rise up to erase this crime from Planet Earth and from all the Galaxy. But the futuristic criminals they have to fight are endowed with a secret, hidden, evil power. Many of them are Super Criminals, with abilities beyond that of ordinary mortals. The leader of all Super Criminals is Scumocide (known as Genocide in Japan).

Captain Commando makes an appearance in Project X Zone 2. He is a support character for any of the playable characters.

Leader of the "Commando Team", a group of brave warriors that combats crime everywhere in space.

His powerful physical gifts are matched by a clear-headed intelligence that makes him an excellent leader. Together with the other team members, he defeated the criminal organization led by the arch-criminal Scumocide.

He is able to shoot electricity and fire from the "power gloves" on his hands. He also can wear various pieces of equipment, including gauntlets that give him excellent punching power, a super alloy Captain Ceramic chest protector that confers incredible heat resistance, and goggles that automatically cross-reference enemy facial data with intergalactic databases of known criminals. 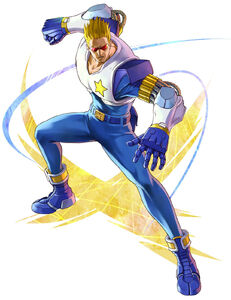 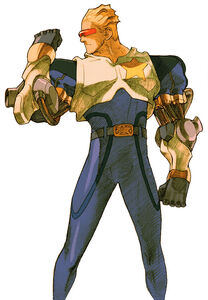 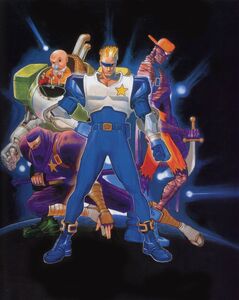 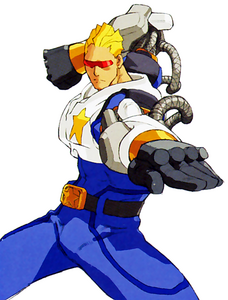 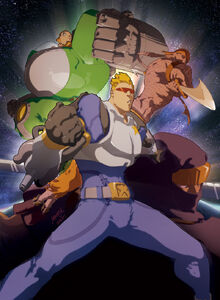 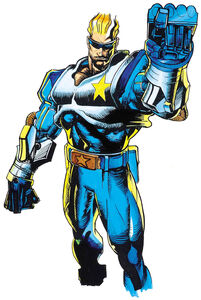 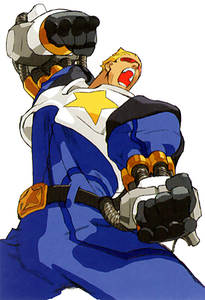 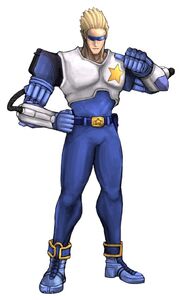