The Adventures of Tintin

Various goals depending on the comic

To figure out the clue to Sir Francis Haddock's treasure and find the location of it, alongside with Tintin and Snowy (2011 film; succeeded)

Comic Relief Adventurer
Archibald Haddock (also known as Captain Haddock) is the reccurring tritagonist of The Adventures of Tintin. He is an ally of Tintin since their meeting in the "The Crab with the Golden Claws" and helps him in all adventures.

He was voiced by David Fox in the 1991 TV animated series, and by Andy Serkis in the 2011 computer-animated film, the latter who also played Caesar from Rise of the Planet of the Apes and the 2005 incarnation of King Kong. In Japanese dub from the movie 2011 he is voiced by Chō who also voiced Ceasar in Planet of the Apes, and Frankenstein in Hotel Transylvania.

Captain Haddock sailed over twenty years with his old friend, Captain Chester, before becoming commander of the Karaboudjan where his alcoholism was taken advantage of by his crooked first mate Allan Thompson. Tintin rescued him from the ship and the two friends were barely ever parted again. He is a direct descendant of the 17th century seafarer Sir Francis Haddock, a sea captain under Charles II. He was the captain for two expeditions during his adventures with Tintin, commanding the Aurora in The Shooting Star during the expedition to find the meteorite and the Sirius, Captain Chester's ship that he lent to Haddock to find Red Rackham's treasure. At the end of the latter adventure, Haddock acquired with the proceeds of the sale of his friend Cuthbert Calculus' patent for the Shark-proof submarine, Marlinspike Hall, which once belonged to Captain Haddock's ancestor Francis. Haddock retired from sailing there and invited Tintin and Calculus to indefinitely live there with him. 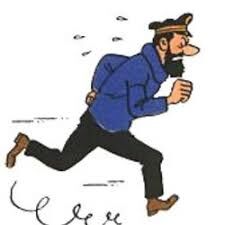 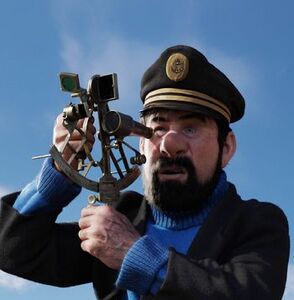 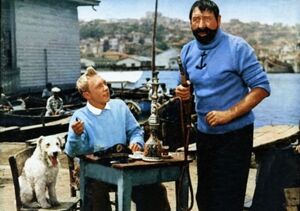 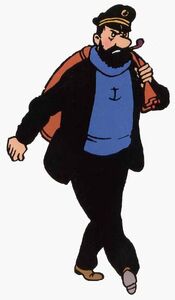