Captain of the Toad Brigade

Launch
Exploration
Intelligence
Adventuring
Bravery (most of the time)

Captain Toad is a Toad with red spots on his head. He dons a hiking outfit, a red bandana on his neck, a large brown backpack containing a map, and a headlight strapped to his head.

Despite being the leader of the Toad Brigade organization, Captain Toad is cowardly and a bit lazy. His cowardice often leads to his fellow Toad Brigade members sometimes talk negatively about the Captain behind his back. However he is loyal to his allies and tries to provide them as much help as he can. Captain Toad is also adventurous as he is usually seen camping in various locations while in search for treasure. 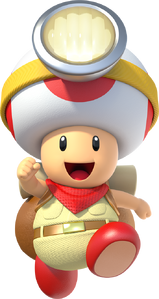 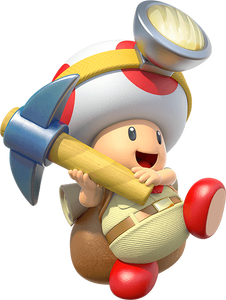 Captain Toad with his pickax. 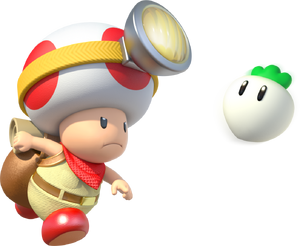 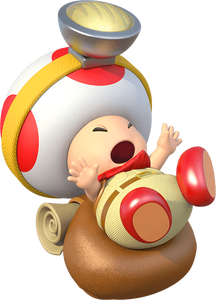