Heroes Wiki
Register
Don't have an account?
Sign In
Advertisement
in: Anti-Hero, On & Off, Heroic Jerks,
and 71 more

The Adventures of Captain Underpants

Causing the suffering of children (as Mr. Krupp)

Saving the world (as Captain Underpants)

Catch George and Harold red handed for their pranks and punish them severely (as Mr. Krupp; ongoing)

Save the world from evil (as Captain Underpants; succeeded)

Captain Underpants, also known as Benjamin Krupp, is the titular main protagonist of the popular franchise of the same name.

He is a superhero comic book character created by George Beard and Harold Hutchins who later became real after the duo hypnotized their principal, Mr. Krupp, into believing that he is Captain Underpants. The hypnotic suggestion became permanent after George and Harold doused his head with water. Now, whenever Mr. Krupp hears the sound of a finger snap, he is instantly brainwashed into becoming Captain Underpants once again.

In the film, he is voiced by Ed Helms, who also plays The Once-Ler.

As Mr. Krupp, he wears a white collar t-shirt with a brown tie and green slacks, along with a toupee. Once he becomes Captain Underpants, he strips to his underpants and removes his toupee, and dons a red cape.

Captain Underpants is a comic book character who was made up by George Beard and Harold Hutchins, two mischievous, yet kind hearted boys to attended Jerome Horwitz Elementary School, a school which discouraged creativity.

Once, Mr. Krupp, the sadistic and grouchy principal, caught George and Harold on a video proving that they ruined the Horwitz Knuckleheads football Game. As a punishment, he blackmailed them by threatening to show the tape to their parents and the angry football team unless they completely behaved themselves, received lots of homework and spent all their free time doing chores for him like washing his car, clipping his finger and toenails, and vacuuming his house.

George and Harold had got sick of being abused and bought a 3D-Hypno Ring. The two went into his office the next day, tricking Mr. Krupp into staring into the ring by telling him that he'll see a hidden picture if he stares long enough. Krupp begins getting sleepy, and eventually becomes completely hypnotized. George and Harold tell Krupp to obey their every command, and he agrees to do so. The two decide to have some fun with their mind controlled principal, first making him think he's a chicken, then a monkey. After this, they hypnotize him into thinking he's Captain Underpants. Mr. Krupp begins smiling and immediately strips down to his underwear. The two found it funny, until he ran off and actually tried to fight crime.

Mr. Krupp turns into Captain Underpants several times after this, going on many adventurers and obtaining real superpowers. He battles various foes, such as Professor Poopypants and Wedgie Woman. Despite the frequency of transformations, Mr. Krupp never figures out that he is Captain Underpants. 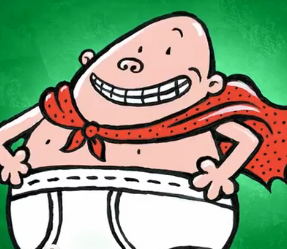 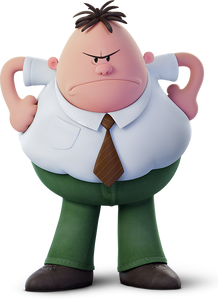 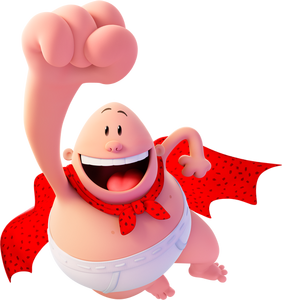 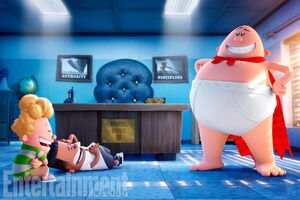 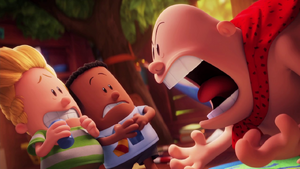 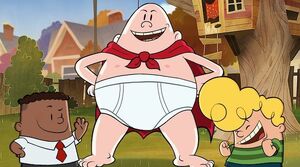 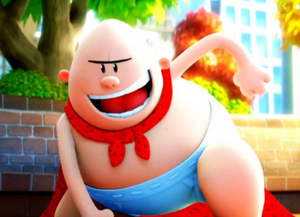