Geek Man Genius
Carl Chryniszzswics is Johnny's neighbor who debuted in Season 2, in which who is many of people especially considers him to be extremely annoying. Carl is Johnny's best friend. He is a local genius guy and a geek, who is very intelligent but somewhat eccentric and timid. He appeared in almost every episode during seasons two and three, but by season 4, he got a major downgrade, he only appeared in cameos or supporting or minor roles depending on the episode. Carl made a brief cameo appearance in the episode My Funny Looking Friend, when Johnny was opening auditions for funny looking friends. He has been re-drawn to fit in with the animation style used in the first season of the show. He also appeared in the episode, "The Hunk at the End of This Cartoon" where he helped Johnny Bravo try not to get to the end of the episode. However, he did make one major role in season four in the episode, "Run, Johnny, Run!" where he tried to help Johnny get to his date in his car.

Carl is an intelligent, inventive, friendly, innocent and somewhat annoying best friend of Johnny. His annoyance practically comes from his voice. He continues to hang out with Johnny, even after all of the mean things that Johnny does to Carl but Johnny is nicer to him. 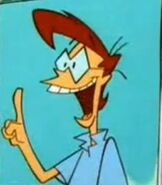 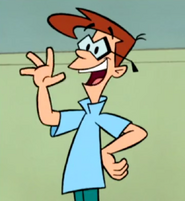 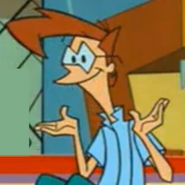 Carl Chryniszzswics is voiced by Tom Kenny, who is known for voicing SpongeBob from SpongeBob SquarePants.

Retrieved from "https://hero.fandom.com/wiki/Carl_Chryniszzswics?oldid=1490971"
Community content is available under CC-BY-SA unless otherwise noted.