Stop Rothbart from taking over the Enchanted Forest.

Carlita is a heroine in the 2003 animated film, Barbie of Swan Lake. She is a spunky and sassy elf who lives in the Enchanted Forest.

She is played by Maria and voiced by Nicole Oliver, who later voiced both Princess Ashlyn and Twyla in Barbie in the 12 Dancing Princesses.

Carlita was lives in the Enchanted Forest with the other animals and the Fairy Queen. At night, Carlita has transforms into a girl, but during the day she's a skunk. At this moment, Odile made a terrible laughter in the forest by the river but Carlita and Ivan were sneaking in the green shrub who are wanting to taunting her.

Planning to lead the three skunks to abusing on her, Carlita kept dealing with her until she was discovered by Rothbart and ran away quickly. During the forest ball, she later joins a dance with Odette, the Fairy Queen, and other animals as a result while Erasmus was kidnapped by Rothbart.

Since Erasmus was rescue out for it, one more time, Carlita and Ivan saw Odette is being faint because Rothbart tricks Daniel who forcing him on dance with Odile. When Rothbart fights with Daniel that turned on his daughter into the pig, Carlita, Lila, the Fairy Queen, and Ivan save Odette and escapes by which was Rothbart went to against them.

The Fairy Queen, who turning into a little mouse by Rothbart after facing him and taken away by Carlita and Ivan to hide out by a way to see Daniel and Odette are take down by Rothbart in tense. After Rothbart was defeated that the forest recovered freely, the evil spells was broken. Carlita, the Fairy Queen, and Ivan are eventually turned back to their regular humans who would participate in the forest party to attends the wedding of Odette and Daniel.

During the day, Carlita is a small skunk with big brown eyes.

At night, Carlita is a young Spanish girl with dark brown hair, fair skin, and brown eyes. She wears a dress with a black and white tutu, red shoes, red belt, and headband. During the spell, Carlita grew a skunk tail as a human.

After the spell is broken the skunk tail disappears.

Carlita is a very sassy girl who will spray anyone who threatens her friends. She is very brave and outstanding from all of the other elves. She is a good dancer. Carlita is also good friends with the porcupine, Ivan. 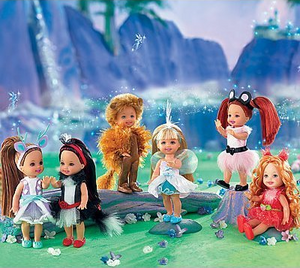 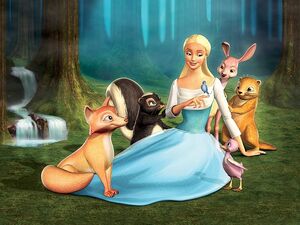 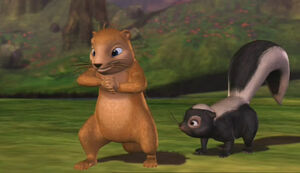 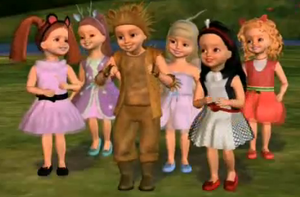 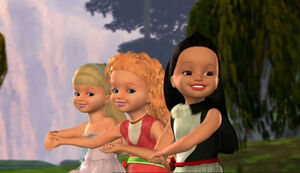 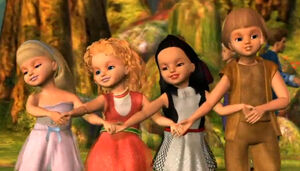 Retrieved from "https://hero.fandom.com/wiki/Carlita?oldid=1938229"
Community content is available under CC-BY-SA unless otherwise noted.