Carlos was at first a recurring character during the Turbo era. He was a beginner player on a soccer team that the then-Green Turbo Ranger, Adam Park coached. However, he was proud as a player and hot-tempered. When the veteran Rangers chose to move on with their lives, Carlos was chosen by Adam to become the new Green Turbo Ranger, taking over control of the Desert Thunder Turbozord and later gaining access to the Thunder Loader Rescuezord. When the Power Chamber was destroyed by Divatox and the defeated Power Rangers: Turbo received word that the planet Eltar, home to the Power Rangers' mentor Zordon, had fallen to evil forces, Carlos and the other three current Turbo Rangers - T.J., Ashley, and Cassie- left Earth for outer space in a NASADA space shuttle, powerless but ready to fight to save Zordon.

At the beginning of Power Rangers: In Space, Carlos and the other Rangers then met Andros, the Red Space Ranger, on the Astro Megaship, and he was given new powers as the Black Space Ranger, commanding the Mega V2 (Shuttle) Zord. Carlos then became serious and introverted.

Later on in the series, Carlos had gotten stung by an alien Barillian Bug, which transformed him into a humanoid Barillian Bug. While terrorizing the Astro Megaship, he managed to sting Cassie, which turned her into one as well. Ashley and TJ managed to reverse the effects with the antidote, returning them to normal.

When Carlos felt like he was making mistakes as a Power Ranger, he received help from Adam to be trained hard, so it would not happen again; even going as far as to learn how to fight by relying on his instincts rather than his vision.

Carlos's identity as a Ranger was exposed to young Silvy Larson, who blackmailed him to do everything that she wanted for her. However, when she asked for a moon rock, Carlos had enough and left. But Carlos realized how much a moon rock meant to Silvy and got her one.

When Dark Specter's Universal Conquest began, Astronema sent her Quantron and Piranhatron armies to Earth. As the Rangers fought the foot soldiers, it proved to be too much for them to handle. In an effort to save the people of Angel Grove, Carlos and the Space Rangers exposed themselves as the Power Rangers. They had won the battle against Astronema as well as all of Dark Specter's armies. Once he and the other Rangers brought the people of KO-35 home, Carlos returned to Earth with the other Rangers. 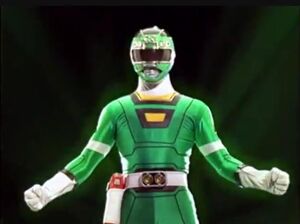 Carlos as the Green Turbo Ranger. 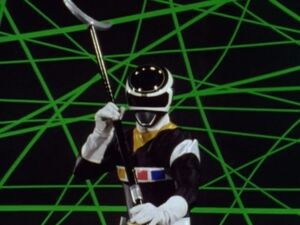 Carlos as the Black Space Ranger. 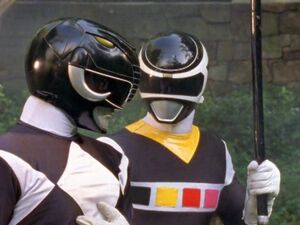 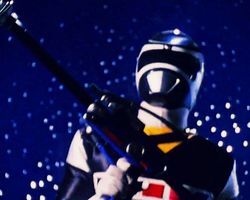 Retrieved from "https://hero.fandom.com/wiki/Carlos_Vallerte?oldid=2248830"
Community content is available under CC-BY-SA unless otherwise noted.