Carmen Cortez is one of two main protagonists in the Spy Kids films along with her brother. She is Juni Cortez's older sister.

She is portrayed by Alexa Vega in the films and voiced by Ashley Bornancin in the animated series.

When Carmen panics, she usually says: "Oh...shiitake mushroom." This is another 'way' to say that 's' word without sounding too vulgar. Carmen also says it during her fight with Gary Giggles.

In the first Spy Kids film, Carmen's main concern is with reluctantly babysitting her brother, Juni Cortez. She is usually mean to him and calls him names. However, underneath her abusive exterior, Carmen is hiding secrets of her own: she skips school, and has to wear diapers at night due to having problems with bedwetting. She is desperate to keep both of these problems secret, especially from her brother. For most of her life, Carmen had no idea her parents were secretly spies. Carmen and Juni discover the truth about their parents when they find that their parents have been kidnapped.

Initially at odds with each other, with Juni even going so far as to retaliate to Carmen's treatment of him by calling her "diaper lady" (He claims he has known this secret forever, and was sworn by his mother never to say so), their relationship with each other improves during their adventure. This is partially because Carmen speaks with her uncle Machete, who let her know that he had the same sibling rivalry with his younger brother, Carmen's father Gregorio (Machete actually says about his brother the exact same thing that Carmen said to her friend about Juni).

Carmen also adopts a stronger value of family unity, and insists that if any Cortezes become involved in espionage, then of all of them should.

By the second film, Spy Kids 2: The Island of Lost Dreams, Carmen has matured and treats her brother far better than she used to. However, conflict still arises between them from a romantic interest Carmen develops in Gary Giggles and never sided with Juni since she met Gary. Juni tries to convince Carmen that Gary will be trouble, but Carmen doesn't listen as she keeps telling Juni she doesn't like him, but Juni thinks she is lying after she accidentally reveals a million pictures of him. Later, Carmen, after a conversation with Gary's sister Gerti, changes her mind about Gary and convinces Gerti to turn against her father, Donnagon Giggles, who is hatching an evil plot for world domination. She punches Gary in his face and decides to side with Juni, "but just this once".

She and Juni at the end of movie during the credits were undercover and had to perform to a large group of audience. The whole audience where cheering for Carmen. She says she can't go on because she can't sing so Machete gives her a miracle microphone that could make her sing very good. Machete also gives her a belt that would make her dance like Britney Lopez while Juni got a guitar that would make him be able to play like Angus Sanatana.

The tools given to them were under the control of Machete himself. Carmen sings and dances really good that the crowed goes wild the whole time. The song she sang was Isle of dreams. When the performance was over Machete said that his controller didn't have any batteries meaning that Carmen sang and danced on her own without problem which was surprising to her.

In Spy Kids 3-D: Game Over Carmen has been missing. Juni says he hasn't heard from her since last Christmas. Carmen has become an experienced hacker and goes on a mission to shut down the evil Toymaker's video game, Game Over, which possesses its users. However, she only makes it to Level 4 before the Toymaker kidnaps her and holds her prisoner and her mind is still in the game. Juni comes to her rescue and they continue on her quest to shut down the game. Carmen is absent for half of the movie, and she only appears near the film's climax. Carmen doesn't like the idea of having Juni's new friends follow them but she becomes okay with it eventually because she get's a little crush with Rez. At the end, she and Juni call their whole family and defeated Toymaker.

Spy Kids 4: All the Time in the World

In the fourth installment, Carmen is seen assisting the new younger Spy Kids and she's still in the OSS, but this time without Juni. But Juni comes back and assists the new Spy Kids and her cousins, Rebecca and Cecil on their quest. The bickering between the two grow, as Carmen and Juni fight about being glad the other stayed/left. She is upset because Juni never called or told her where he was. He said he tried to strike out on his own and struck out. He continued to say he left because he thought that it wouldn't be cool to keep working with his sister. Carmen replies that was what would have made him cool. At the end, they become co-leaders of the new Spy Kids program. 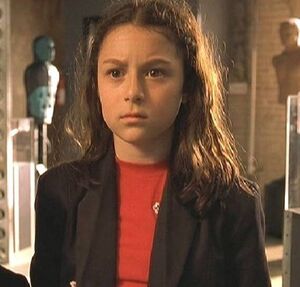 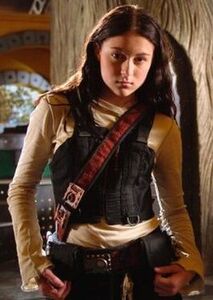 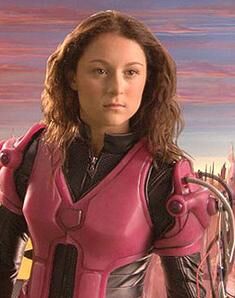 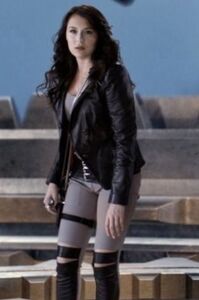 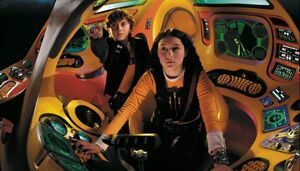 Carmen and Juni in the 2nd Spy Kids film 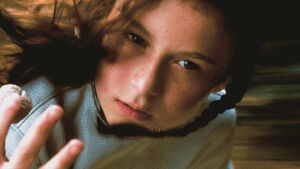 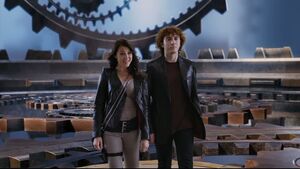 Carmen and Juni as Adults 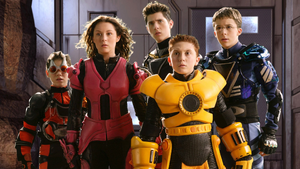 Arnold Rez and Francis in Spy Kids 3-D: Game Over