To learn more about the world around her.

Carmen Mariposa is a 10-year old butterfly and one of the three deuteragonists alongside her other two friends Leo Chockers and Andy Hopper from the PBS Kids animated TV Series Let's Go Luna!  She is a musical butterfly who hails from Mexico.

She is voiced by Saara Chaudry and Tiffany Haddish in Youtube Poop, who also voices Queen Watevra Wa’Nabi, and Daisy.

Carmen is a purple butterfly with yellow wings with orange tips and red spots. She wears a green dress and white boots.

Carmen loves music, her mother is the conductor for the traveling circus, which serves as her inspiration to become a successful musician. Wherever she travels, she always carries her trusty guitar, which occasionlly has its uses in her adventures.

Of the trio of friends, Carmen is the most kind-hearted and extroverted. She always tries to help her friends whenever they have a problem, and in return, they do the same for her.

Carmen, her family, and her friends are part of a traveling circus known as "Circo Fabuloso", which travels around the world. As a result, she, alongside her friends Andy and Leo are never living in one area at once, and become unfamiliar with there surroundings. Luckily, the three of them have Luna who travels with them all the time, and knows almost everything therein to know about the country they are located within at any given point.

Many of the episodes pertaining to her often focus the music within said nations' cultures to held her solve personal problems, such as what an Indian Sitar or an Aboriginal Didgeridoo is. With the knowledge she learns, she uses them to impress her friends and familywith her new findings. In episodes pertaining to her friend's problems, she is often the first one to lend a helping hand.

In "Pulling Strings" she and Andy denounce their friendship after the two argue what they should do that day. The two of them later reconcile after watching a traditional Indian Kathputli play, which combines art and music together. 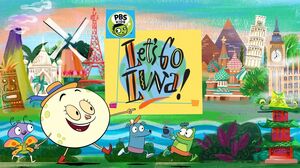 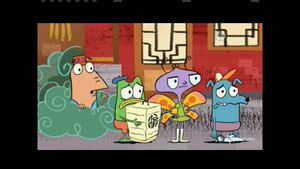 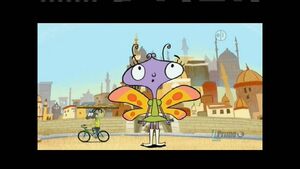 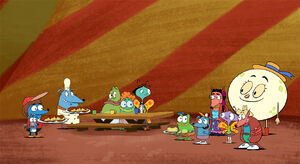 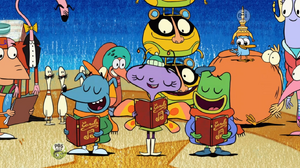 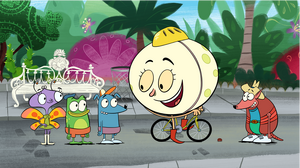 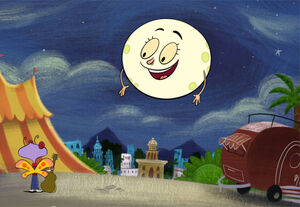 Retrieved from "https://hero.fandom.com/wiki/Carmen_Mariposa?oldid=2167801"
Community content is available under CC-BY-SA unless otherwise noted.