Heroes Wiki
Register
Don't have an account?
Sign In
Advertisement
in: TMNT Heroes, Male, In Love,
and 12 more

Being with April O'Neil.

Stop crime and aid the Turtles.

Arnold Casey Jones, Jr., better known as Casey Jones is a major protagonist of the Teenage Mutant Ninja Turtles 2003 cartoon series. He is a hockey-masked self-titled vigilante who fights crime at night and is a close friend/ally of the TMNT (though is usually the closest to Raphael) and their adoptive father, Master Splinter. He's also the primary love interest to April O'Neil, who Casey marries in the series finale.

Casey is an adult, well-built man with long black hair. He is usually dressed in a deep red T-shirt and long dark blue sweatpants with white trim. Often, brown gloves are worn on his hands.

Raphael first meets Casey while the vigilante tries to stop a mugging by the Purple Dragons. Seeing a lot of himself in Casey, Raphael tries to reason with him and prevent him from letting his anger get the best of him (Raphael himself had just almost severely injured Michelangelo and was overwhelmed by guilt). Though initially uninterested in what he has to say, Casey eventually bonds with Raphael after he loses to Raph in a bike race and begins listening to his lessons. Casey, Raphael, and the other turtles proceed to team up and defeat a gang of Purple Dragons. From this point on, Casey becomes a valuable ally of the Turtles, and has a closer friendship with Raphael than in any other incarnation.

Casey's backstory is fleshed out over the course of the series. When he was a child, his father's shop was burned down by Hun and the Purple Dragons for being denied protection money. Despite being threatened not to, his father (Arnold Casey Jones Sr.) later went to the police over it. It is implied that he was killed for doing so. This gave Casey his hatred for crime and an essential lifelong vendetta against the Purple Dragons.

It is revealed in episode "The Lesson" that he and the Turtles had met when they were kids, although neither the Turtles nor Casey are aware of the truth. During a trip to the surface, the young Turtles witness bullies picking on young "Arnie". Disguising themselves as a human child, they attempt to teach him self-defense. However, their unique perspectives and attitudes resulted in more trouble than help. In the end, however, young Casey angrily jumps to the defense of a friend against the bullies, proclaiming they were no match for "Arnold Casey Jones!" In a bit of foreshadowing, he uses a bully's hockey stick against them.

His main catchphrase is the battle cry "Goongala!". It is also revealed in "The Lesson" that this came from a young Casey being unable to pronounce "gorogoro-sama", a battle cry literally meaning "Mr. Thunder", that young Michelangelo kept trying to teach him. "Goongala" was the best he could come up with.

Despite his lack of intelligence and apparent incompetence, he was early on in the series referred to by Hun as "Our (the Purple Dragon's) greatest enemy", and a fighting tournament was held to see which Dragon would have the honor of killing him, indicating how serious a threat the criminal underworld views him as.

In the series, Casey has a good heart, but is easily enraged and occasionally bumbling. He loves motorcycles. In a symbolic way, he sees the Turtles as the little brothers he never had. As such, he often comes to their aid against the Shredder, the Foot Clan, or other enemies.

Early on, Casey meets April and there is an initial attraction. However, their conflicting personalities lead to frequent arguments at first. Over time, however, they start dating and a serious relationship develops. In the Back to the Sewers (seventh) season, Casey proposes to April and they finally get married in the series finale, "Wedding Bells and Bytes," with Raphael serving as Casey's best man and Michelangelo serving as April's "maid" of honor. Many recurring characters attend Casey and April's wedding and the ceremony is performed by Fugitoid.

In the Fast Forward (sixth) season, Splinter and the Turtles are accidentally transported a hundred years into the future (to the year 2105), where they meet April and Casey's great-grandson, Cody Jones, who's the heir to O'Neil Tech, a company created by April, Casey and Donatello after the turtles are finally able to return to their original time period. One of Cody's inventions, the Turtle X armor, resembles Casey's hockey mask. While it's never explained how Cody is April and Casey's great-grandson, but taking into consideration that he shares the same last name as Casey, this likely means that April and Casey end up having at least one son, who in turn has at least one son of his own, who in turn is Cody's father. 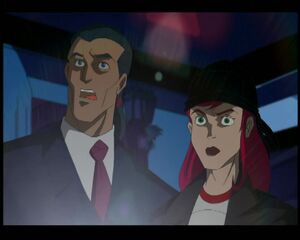 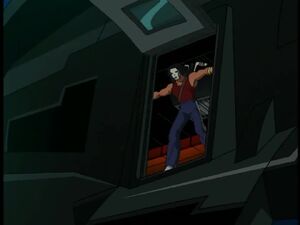 Casey is jumping down to save April from Baxter Stockman 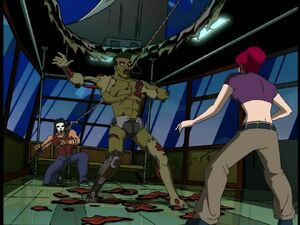 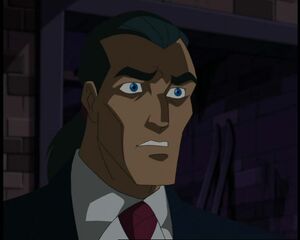 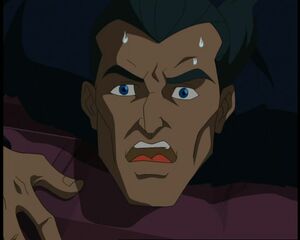 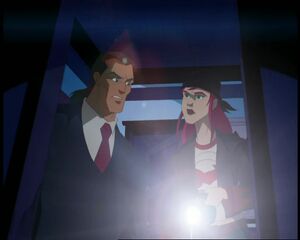